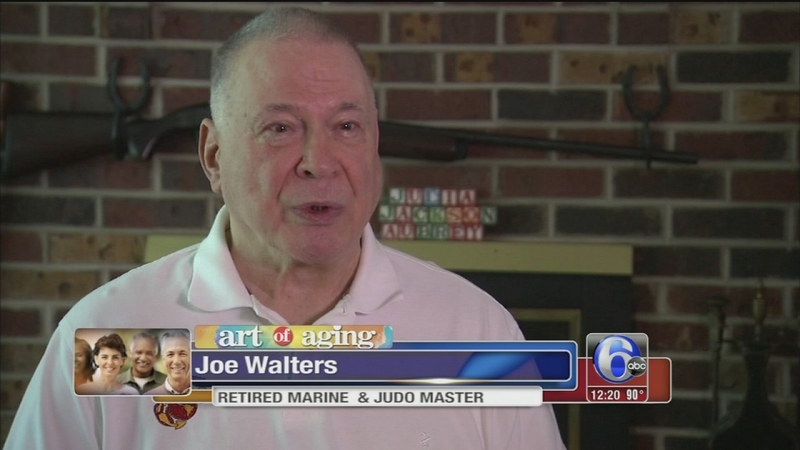 A retired Marine and Judo Master has never let a physical challenge keep him from working out.

At age 75, Joe Walters no longer competes in judo, but he still stays in fighting shape by hitting the gym five days a week.

"I also work out at home, 45 minutes at night five days a week," said Joe.

He credits the military for his discipline. He served first with the Army Paratroopers and then with the US. Marines.

His platoon caught cross fire while crossing a rice paddy, all 22 men went down, including Joe who took a bullet to the knee.

Joe Griffies, Veteran's Advocate said, "Joe crawled to every man, pulled the dead and wounded to safety. And when the medivac choppers came in, he did not board the helicopters until all his members were put aboard."

He received the Silver Star for his actions that day, but lost his leg.

"I have five brothers and then my sister. And when I came home they kind of rallied around me," said Joe.

Joe became an elementary school teacher and two years after his leg was amputated below the knee, he started studying judo.

"I competed for about five years wearing an artificial leg, and then the Olympic rules changed. They said you can't fight without it. It's impossible to fight on one leg, and I said, well I've got to try."

After a decade of hard work, he became a national champion.

"I would go to a gym carrying my leg in a duffel bag, and somebody would run over to help me, and maybe an hour later, they're fighting me," said Joe.

A lifelong warrior on the battlefield and the mat. He says Judo is not just a competition.

"You should be helping your fellow judo person, or your fellow man. That's embedded in the judo philosophy," said Joe.

And, it is a Judo truism that when you get knocked down, you must get back up, even if you have just one leg to stand on.

"It made me really appreciate life, I really enjoy life," said Joe.