Astroworld victims: What we know about 8 killed during Travis Scott performance 3 out of 8 victims identified in Astroworld Festival disaster

HOUSTON -- Eight people, including two teenagers, were killed after a crowd surged toward the stage at a massive Houston concert, causing panic and chaos, authorities said.

About 50,000 people were at the first night of this weekend's sold-out Astroworld music festival at NRG Stadium when, around 9:30 p.m. local time, "the crowd began to compress toward the front of the stage" during a set by headliner Travis Scott, Houston Fire Chief Sam Pena told reporters Friday.

A criminal investigation is underway as authorities piece together how eight were killed and several were injured during a Travis Scott performance at the Astroworld music festival.

The cause of death of the eight individuals won't be known until the medical examiner completes the investigation, Pena said. 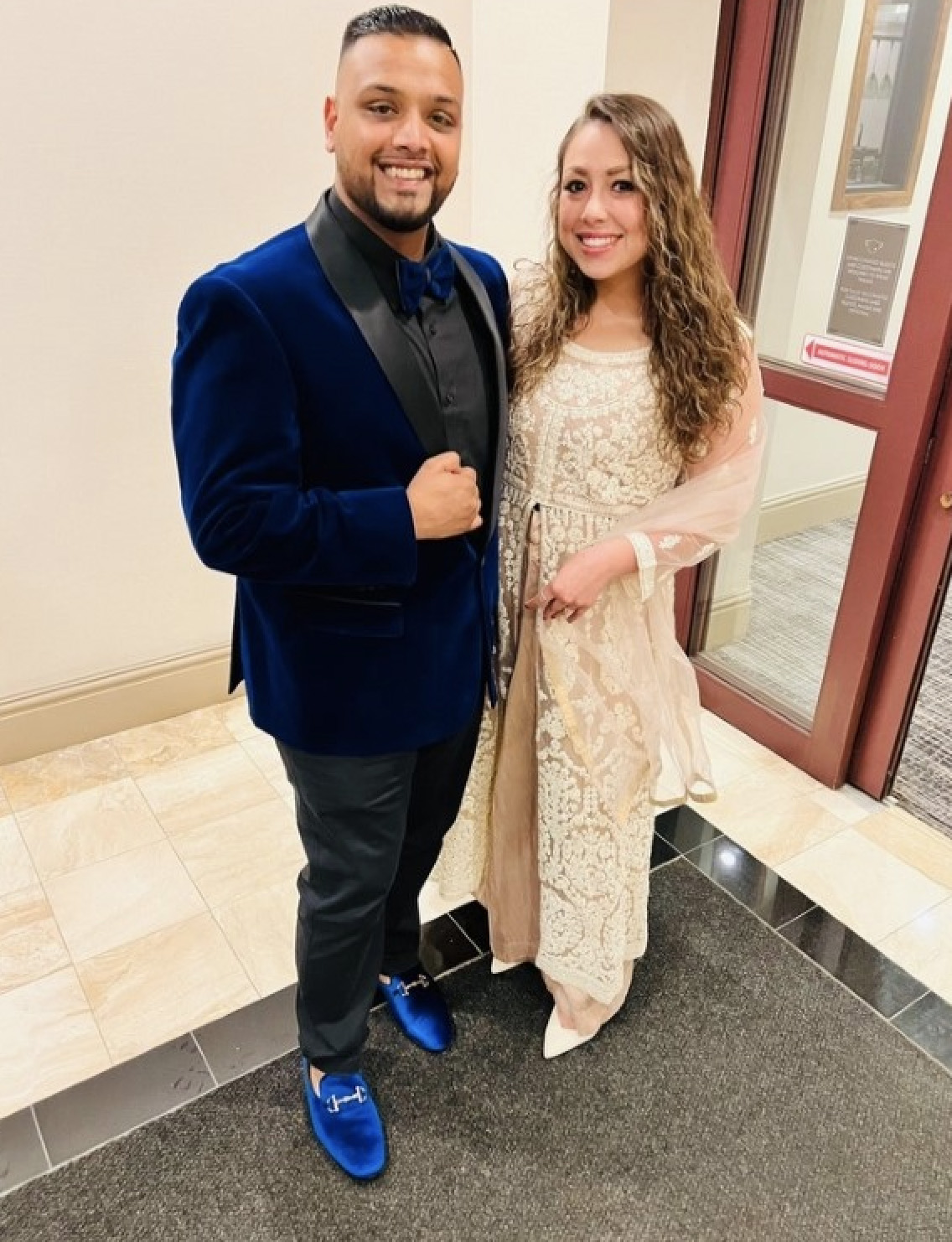 This photo shows Danish Baig (left), who was killed during Friday's Astroworld music festival, and his fiancée Olivia Swingle.

Danish Baig, 27, was killed during the Astroworld crowd crush while trying to save his fiance, his brother Basil Baig said in a statement to ABC News.

Baig fell during the chaos and was trampled while trying to protect his fiance Olivia Swingle, Basil Baig said.

"He was [an] innocent young soul who would always put others before him. He was a hard-working man who loved his family and took care of us. He was there in a heartbeat for anything. He always had a solution to everything," his statement read.

Basil Baig said the family plan to hire an attorney and have not heard from Travis Scott nor event organizers.

"Travis Scott and his team and everyone associated in the event should and WILL BE HELD RESPONSIBLE. He [didn't] stop the show even with people chanting and to stop the show. He allowed it. This was a blood bath and all of it is on his hands," the statement read. 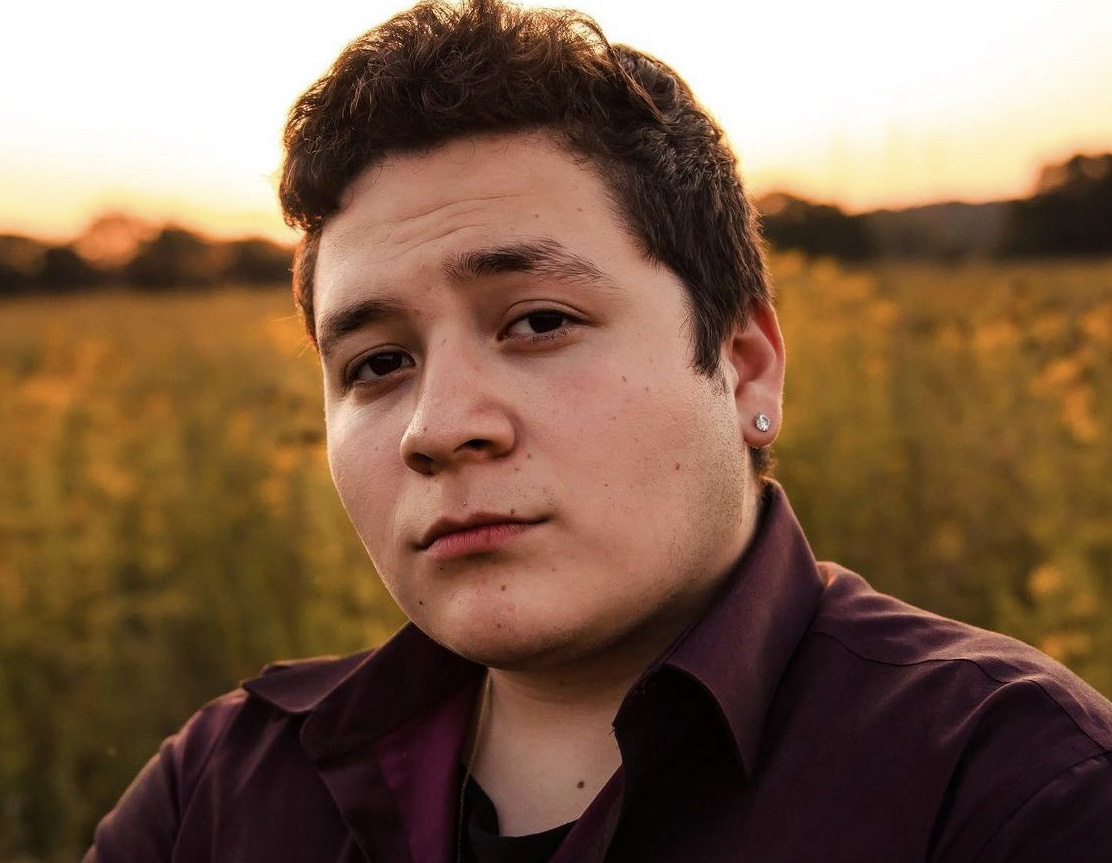 Franco Patino, 21, was one of eight people who died at Friday's Astroworld music festival.

Administrators at the University of Dayton in Ohio confirmed one of the 21-year-old victims was Franco Patiño. He was majoring in mechanical engineering technology with a minor in human movement biomechanics.

The senior from Naperville, Illinois, was actively involved in campus life, according to a statement from the University of Dayton. He was a member of Alpha Psi Lambda, a Hispanic interest fraternity, the Society of Hispanic Professional Engineers and his school's Engineers in Technical Humanitarian Opportunities of Service Learning.

He was working in an engineering co-op program in Mason, Ohio. 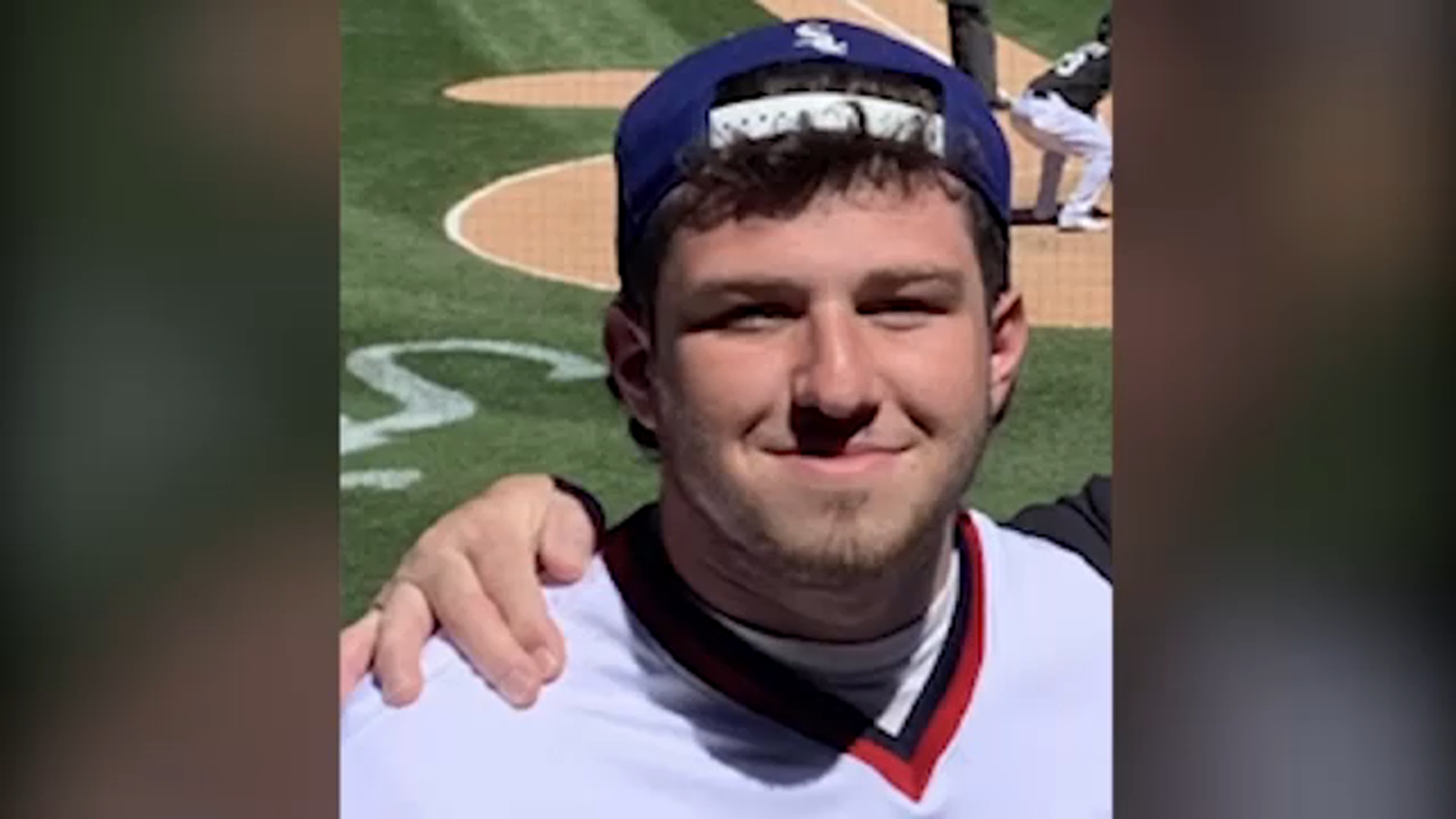 Jacob "Jake" Jurinek was a junior at Southern Illinois University Carbondale where he was pursuing his passion for art and media, and worked as a graphic arts and media intern for the athletic department, his family said.

Also from Naperville, Illinois, Jurinek was attending the music festival with Patiño, who was his best friend and former high school football teammate. Both graduated from Neuqua Valley High School.

"Jake was beloved by his family and by his seemingly countless number of friends for his contagious enthusiasm, his boundless energy, and his unwavering positive attitude. He was an avid fan of music, an artist, a son, a best friend to many, and a loving and beloved cousin, nephew, and grandson. Always deeply committed to his family, he was affectionately known as 'Big Jake' by his adoring younger cousins, a name befitting of his larger-than-life personality," Jurinek's family said in a statement.

Jurinek's family added that he was also a Chicago White Sox and Blackhawks fan, and often attended games with his father.

"We are all devastated and are left with a huge hole in our lives," said his father, Ron Jurinek. "Right now, we ask for the time and space for our family to process this tragic news and begin to heal. We're comforted by the fact that the hundreds of people Jake touched over the years will carry a piece of his spirit with them." 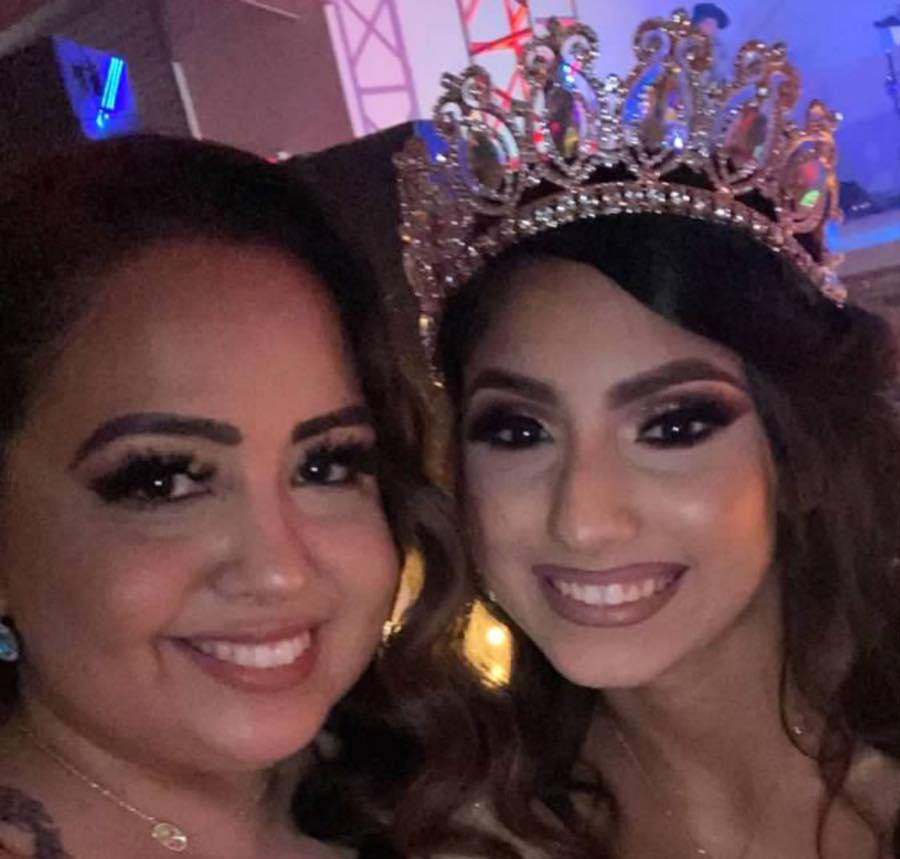 Brianna Rodriguez, right, was one of eight people who died at Friday's Astroworld music festival.

A family member confirmed the 16-year-old was Brianna Rodriguez. Her aunt said she was a junior at Heights High School and had a passion for dancing.

"Gone from our sites, but never from our hearts. It is with profound sadness we lay to rest our beloved Brianna Rodriguez. She was a beautiful vibrant 16-year-old high school junior ... now she's dancing her way to heaven's pearly gates," a GoFundMe page for her funeral expenses read.

The artist talked about his efforts to help the families of the victims from Friday's tragedy where eight people died and 25 were takento hospitals. He said he's devastated by what happened.

John Hilgert -- a ninth-grade student at Memorial High School in Hedwig Village, Texas -- died during the incident, according to a letter school administrators sent Saturday to parents.

"Our hearts go out to the student's family and to his friends and our staff at Memorial," MHS Principal Lisa Weir wrote. "This is a terrible loss, and the entire MHS family is grieving today."

Counselors will be made available to students next week to offer support as they process the loss of their classmate, Weir said.

Green ribbons were found wrapped around the building on Saturday. 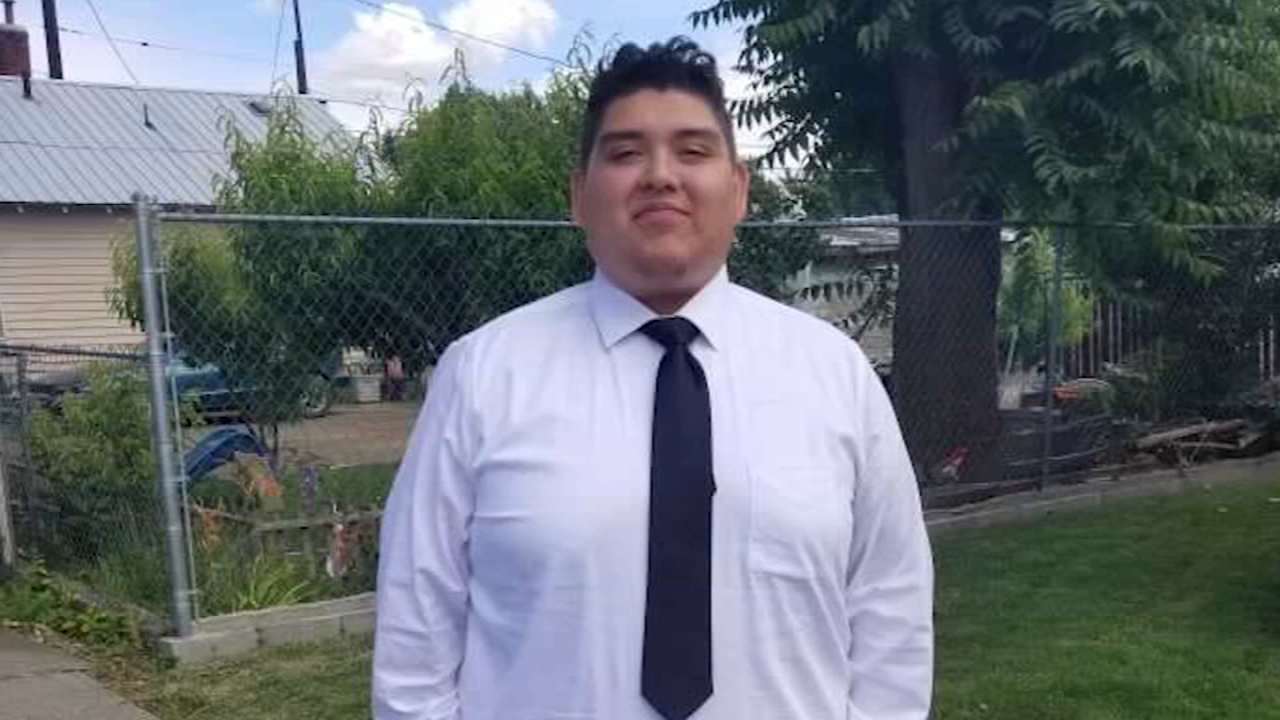 Axel Acosta traveled from Washington to see Travis Scott at NRG Park. His father tells ABC13 he started worrying when his son never returned to his hotel after the concert.

An unknown man among the victims killed was identified by his father Sunday, according to our sister station KTRK.

Authorities were looking for help identifying one of the eight victims. Edgar Acosta confirmed it was his 21-year-old son Axel Acosta.

Acosta had traveled from Washington alone to see Travis Scott at NRG Park, according to his aunt, but his father said he started worrying when his son never returned to his hotel after the concert.

He had has just turned 21 last month and was studying computer science at Western Washington University, according to his family.

"By all accounts, Axel was a young man with a vibrant future. We are sending our condolences to his family on this very sad day," said Western Washington University vice president of enrollment and student services Melynda Huskey.

His body was recovered from Memorial Hermann Hospital in the Texas Medical Center, where he was brought after Friday's incident.

Rudy Peña, 23, from Laredo, Texas was also identified among the victims, according to his family.

"You couldn't even scratch your face": Astroworld 2021 attendees spoke to "Good Morning America" about the deadly chaos during Travis Scott's performance.

As of Saturday afternoon, 13 people were still hospitalized, including five under the age of 18, Houston Mayor Sylvester Turner told reporters during a briefing.