The figure was nearly four times as much as the nine casinos won last June.
AP
By WAYNE PARRY 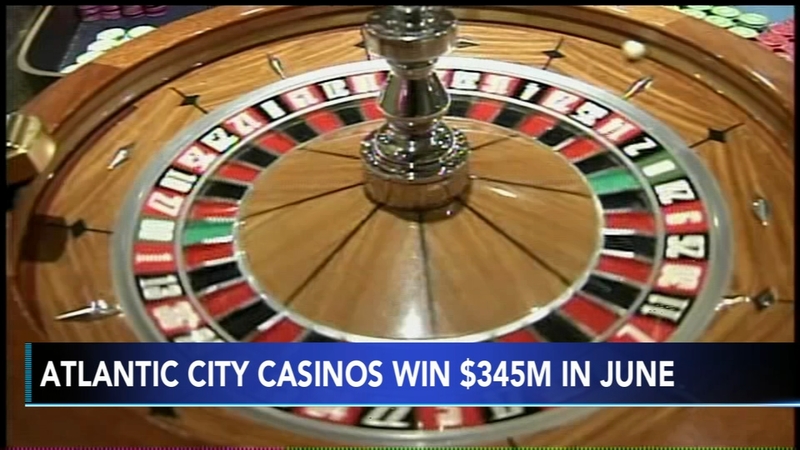 That figure was nearly four times as much as the nine casinos won last June, when they were closed due to the coronavirus outbreak. Starting next month, the year-to-year comparisons will become valid again as most casinos reopened on or near July 2, 2020.

When sports betting money won by three racetracks is added to the equation, the June total rises to nearly $393 million.

That easily surpassed the $278M the casinos and tracks won in June 2019, before the pandemic hit.

June is the traditional start of the summer season for the casinos, their busiest and most profitable time of year, and industry observers were eagerly awaiting the June results.

The numbers "did not disappoint, coming off a near record single month high in May of $337.2 million to set a new single month total gross gaming revenue record," said Jane Bokunewicz, director of the Lloyd Levenson Institute at Stockton University. "Casino patrons don't have to visit the casino in-person in order to gamble, the fact that they are visiting suggests they are getting more out of the experience than gambling alone."

James Plousis, chairman of the New Jersey Casino Control Commission, noted that for the last three months, casino revenue growth has exceeded 20% compared to the same period in 2019.

"I've seen first-hand that visitation to Atlantic City is on the rise, tourists are happy to be coming back, and the summer season is off to a positive start," he said.

"We are encouraged by this momentum, which speaks to the comfort of visitors returning to the Jersey Shore this summer to enjoy premiere gaming, hospitality and entertainment," said Joe Lupo, president of Hard Rock Atlantic City.

"The elimination of COVID restrictions and the return to normalcy bode well for us," added Terry Glebocki, CEO of the Ocean Casino Resort.

New Jersey gamblers made $766 million worth of sports bets in June. After paying winning bets and expenses, the casinos and tracks kept $71.2 million of that.

The Meadowlands Racetrack in East Rutherford, just outside New York City, won $44.5 million; Monmouth Park in Oceanport near the Jersey Shore won $2.5 million, and Freehold Raceway, which has yet to ramp up its sports betting operation in any meaningful way, won $132,775.

Internet gambling revenue was up more than 26% in June from a year earlier, rising to $107 million.