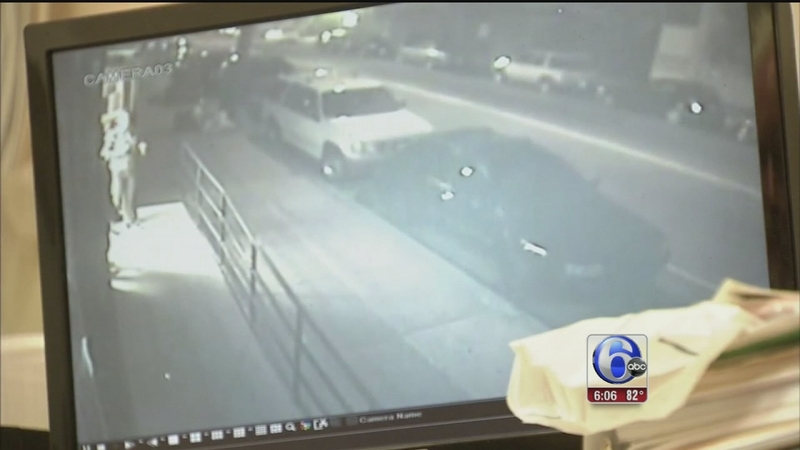 HUNTING PARK (WPVI) -- Authorities investigating the explosion of an ATM in the Hunting Park section of Philadelphia say this is the second time in recent weeks an ATM has been targeted this way in the city.

This time, they say, the blast was even stronger than in the earlier case.

The latest happened Tuesday night at 6th and Luzerne Streets, when the ATM outside a neighborhood store exploded just before 9:30 p.m.

Debris flew some 50 to 100 feet, police say. Fortunately no one was injured.

The Philadelphia Police bomb squad, Homeland Security and agents from the federal Bureau of Alcohol, Tobacco and Firearms were called to the scene.

Investigators say surveillance video obtained from nearby businesses shows two men approaching the ATM and then fleeing moments before the explosion.

Despite the force of the blast, the safe inside the ATM was not compromised, and the would-be thieves fled empty-handed.

Police say the explosive residue on the ATM suggests the vandals used an M-100, an illegal firework slightly larger than the more commonly known M-80.

Investigators now believe the explosion is connected to a similar explosion that happened on July 9th on the 3900 block of North 9th Street.