3 in custody after rash of ATM explosions in Philadelphia: Sources 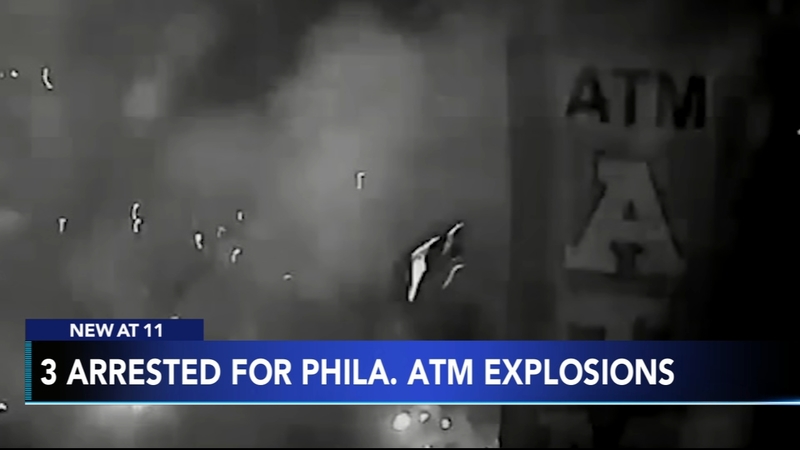 3 in custody after rash of ATM explosions in Philadelphia: Sources

Police and the Bureau of Alcohol, Tobacco, Firearms and Explosives have been investigating more than 100 explosions over the last few months.

Video captured the aftermath of one explosion last month in the city's Northern Liberties section.

On March 24, multiple blasts scattered bundles of cash across the roadway near a Wells Fargo ATM on N. 2nd Street. It's the second time this ATM has been detonated in recent months.

A neighbor captured a white car near the crime scene at the time of the blast. The suspects were able to get away by the time officers arrived.