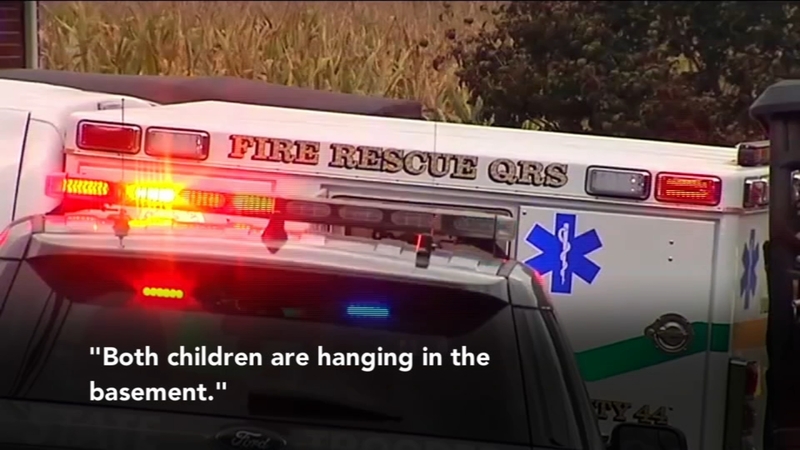 "Both children are hanging in the basement," dispatch says.

Connor Snyder, 8, and his 4-year-old sister, Brinley, were found hanging on September 23 in an Albany Township home with chairs knocked over nearby.

They were resuscitated, but died three days later in the hospital.

According to the affidavit, a woman found the siblings hanging in the basement.

The released emergency dispatch sheds new light on what may have happened.

Captain: Any indication from the caller if the scene is safe? Or how these children ended up there?

Dispatch: She mentioned that the 8-year-old has been bullied and has made threats of doing this but didn't want to go alone. Sounds like he may have been the aggressor of the situation.