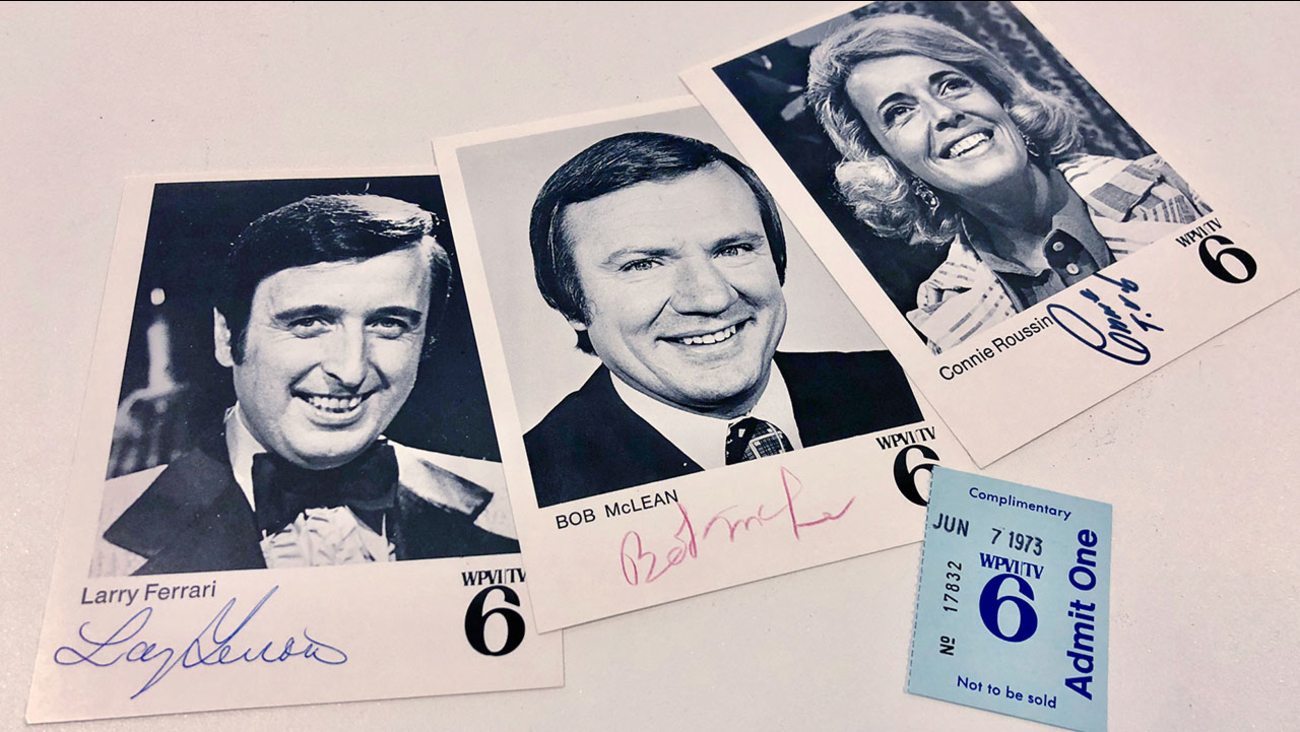 Autographed photo cards by Larry Ferrari, Bob McLean, and Connie Roussin from 1973 showed up in our mailbox, thanks to a very thoughtful 6abc viewer.

A very special throwback moment showed up in the mailbox at 6abc.

Some of you may remember Bob and Connie from the hit show "Dialing for Dollars."

Connie Roussin and Bob McClean on the set of "Dialing for Dollars" in 1973.

Erica wanted us to have the cards, which have been placed in our station's Hall of Memories. The hall includes the original sheet music to the Action News theme song as well as a portrait of Captain Noah and his wife.

The Hall of Memories at 6abc highlights some of the most cherished moments from the history of our station.