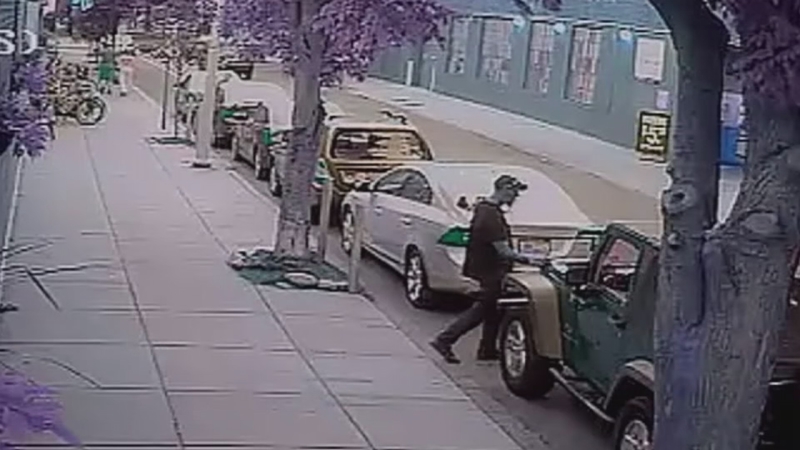 CENTER CITY (WPVI) -- A thief who's targeting Jeep Wranglers, specifically for their batteries, is upping his game in Center City Philadelphia.

Police released surveillance video Tuesday from one of the crimes that took place last month on the 2000 block of Lombard Street.

The video shows the suspect calmly scoping a Jeep Wrangler parked along the residential block. He easily raises the hood, takes the battery, and walks away. Investigators say he intended to sell it, probably to a junkyard.

There has been a wholesale assault on Wranglers in Center City in recent months.

"The one that we've seen the most this particular year is the Jeep Wrangler. That's the SUV that has been targeted the most. Easy accessibility. It is not that hard to steal it out of the Jeep Wrangler," Philadelphia Police Captain Roland Dee said.

But it is not only Jeep Wranglers that are being hit. The overall increase in battery thefts this year is a jaw-dropping 41%, much of it in the city's 6th and 9th districts, which cross Center City.

The going rate for resale in the underworld is roughly $100 a piece, even more for trucks.

Last month, Action News covered the case of Brandi Fitzgerald. Her Wrangler battery was stolen in the Fairmount section. It cost her $300 to replace it. 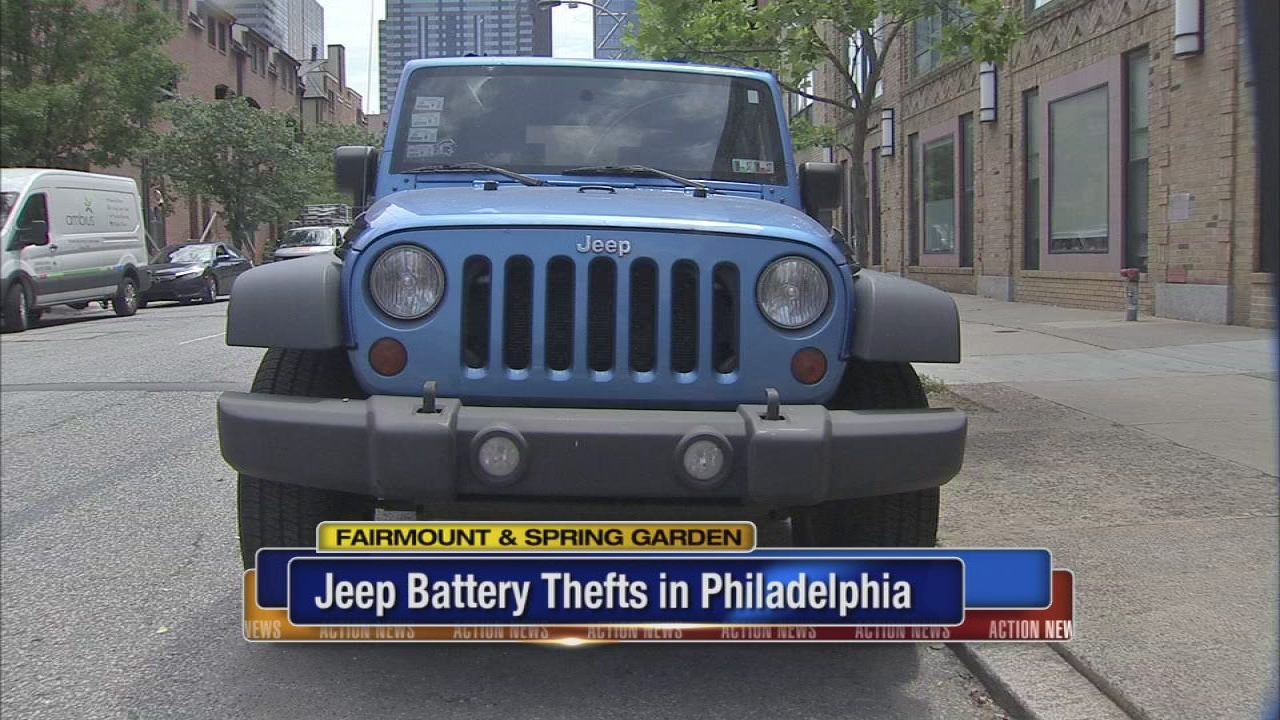 Jeep battery thefts in Philadelphia
Philadelphia police say thieves have been targeting Jeep Wranglers and stealing the batteries from the vehicles.

Police believe this thief is responsible for many of these crimes and they are certain he is part of a theft ring that operates mostly after midnight.

Police say Wrangler owners can purchase an after-market product online to tighten up the hoods.