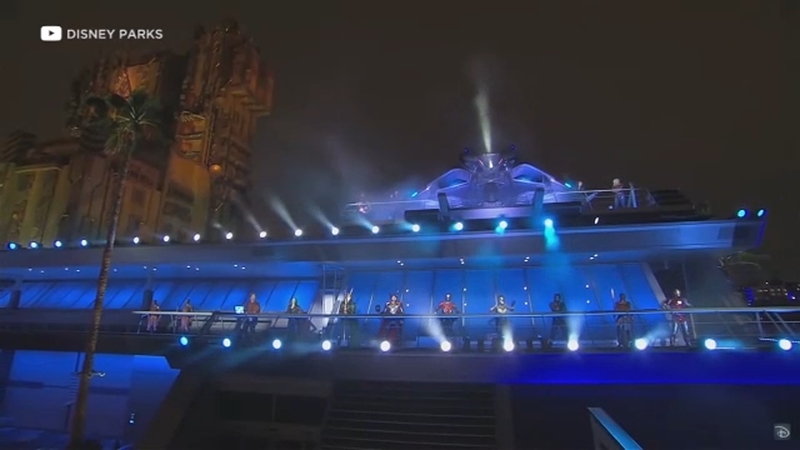 ANAHEIM, Calif. -- The new Avengers Campus at Disney California Adventure opens on Friday, and on Wednesday night, the stars were shining for the new land's opening ceremony.

The opening ceremony of Avengers Campus gave fans a glimpse inside with the help of some familiar faces, including "Ant-Man" star Paul Rudd, Anthony Mackie from the hit Disney+ series "The Falcon and the Winter Soldier" and "Iron Man" director and actor Jon Favreau.

From Iron Man to Captain America to Black Panther and Spider-Man, the Marvel superheroes assembled with Disney executives to help get fans excited for this week's big opening.

Fans also learned that the Avengers Campus, which officially opens Friday, will never be completed. Officials said it will grow and evolve as the cinematic universe does.

The new superhero-themed land replaced A Bug's Land, which was based on the hit animated film "A Bug's Life."

Heroes assemble! The all-new Avengers Campus at Disney California Adventure is now open, and we have your first complete look inside.