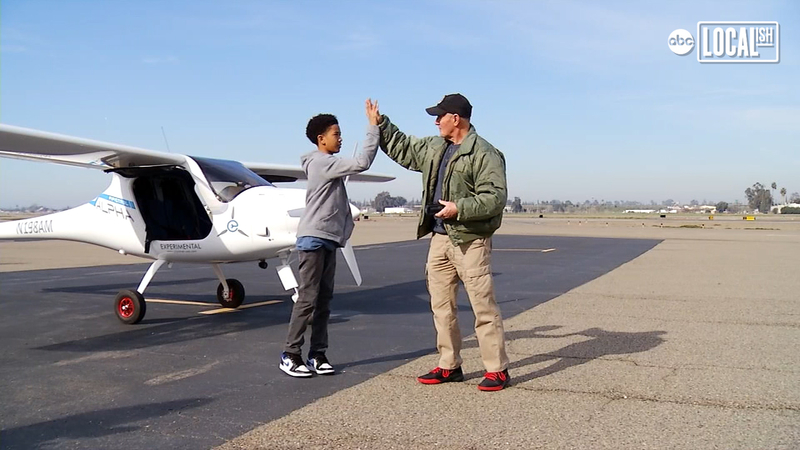 FRESNO, Calif. -- 12-year-old Sammy Taylor III is getting to fly a real plane - and he's thrilled.

It's a chance of a lifetime, a chance to build a career and take to the skies.

And it's all thanks to the New Generation Aviation Academy.

The California non-profit is making sure students of color or kids from low-income families get a chance to be the pilots of the next generation.

"What's at stake is really the survival of the aviation industry, quite frankly," says New Vision Aviation President and CEO Joseph Oldham.

The academy is joining hands with the Fresno Unified School District to change the future of some students from underrepresented communities.. and perhaps the future of all of aviation.

Kids as young as 8 can enroll and start learning with simulators. At age 13, they can take to the skies learning to fly a glider. Their goal is to earn their pilot's license by the time they graduate high school.

"That's the plan - to get these young people engaged in aviation, understand that there's an opportunity for them and then provide the pathways," says Oldham.

Sammy's father, Sammy Taylor, Jr. says he didn't have this opportunity growing up but is so proud of his son as he earns his wings.