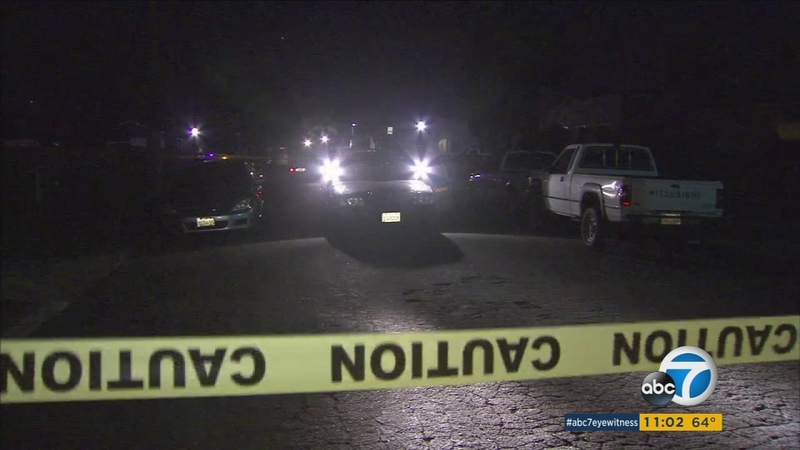 Child fatally shot in face while inside her crib in Compton, LASD says

COMPTON, Calif. -- A 1-year-old child has died after being shot in the face in Compton, the Los Angeles County Sheriff's Department said.

Two male suspects were seen fleeing in an unknown vehicle after the shooting in the 300 block of Holly Avenue near San Marcus Street at about 7 p.m., according to the Compton Sheriff's Station.

Deputies said the girl was in a crib inside the home when the suspects opened fire into the garage, which was a converted apartment. Multiple witnesses told our sister station ABC7 in Los Angeles that they heard 10 to 12 shots fired.

After the child was shot, officials said the girls's father grabbed her and ran outside where deputies located them.

The child was taken with her father to Saint Francis Medical Center, where she later died.

The sheriff's department said the shooting appeared to be gang related.

Deputies originally stated the child was 3-months-old, but have since said she was 1-year-old.