Philly's Comeback: How Balance Chestnut Hill gym is looking ahead after pandemic 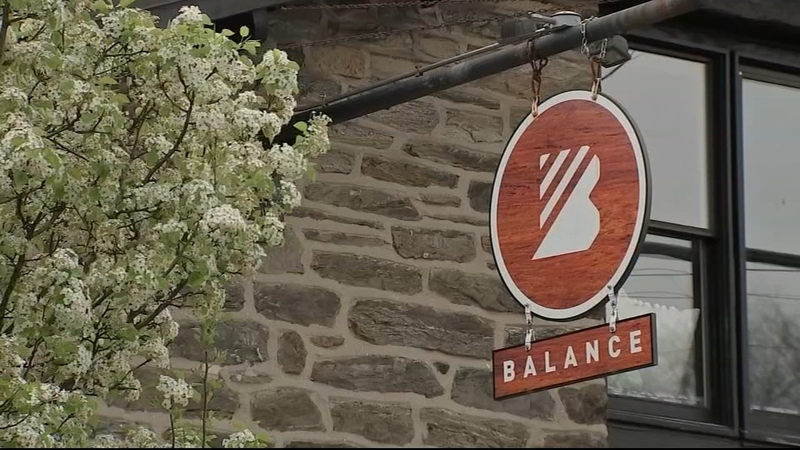 Philly's Comeback: How Balance Chestnut Hill gym is looking ahead after pandemic

PHILADELPHIA (WPVI) -- Amy Carolla, the owner of Balance Chestnut Hill, credits a gym member who is also a medical doctor for giving her a heads-up weeks before the world shutdown. She conveyed to her that she needed to come up with a plan.

"We had an incredible heads up, so the transition was easy. Well, it wasn't easy, but it was something we were grateful for," said Carolla.

The day before gyms were ordered to close, Carolla and her staff went virtual.

"It was hard for everybody to transition to the virtual, but knowing that administration and staff had a good handle on it, we were able to walk everybody through," said Carolla. "It was tough; the virtual thing is a tough thing. You know you're going from being in this studio with a lot of high energy, and it's fun and you're with your friends and your buddies. We did a little outside in the beginning, but that was tough too because last March and April even the trails and tracks and parks started to get crowded."

6abc's Annie McCormick talks to the owner of a Chestnut Hill gym about bouncing back after the pandemic.

Carolla focused on setting goals for clients. Balance even did its own version of a marathon on the Wissahickon Trail with clients training for it. Carolla also identified how important well-being and mental health is for clients during the pandemic.

"It was the year to double-down on other people. What that means as a coach is that you always want to see someone get stronger or faster or do better. It's what they do or how they feel outside of here that's really important. It came down to our coaches really stepping it up. We do free meditations every week," she said.

Carolla also watched as so many other gyms struggled, and at times she doubted herself.

6abc's data team found that the number of people employed by gyms and fitness center businesses in Philadelphia fell from about 2,490 in January to 1,449 by September. That's a loss of about 40%. The all-time low during 2020 was in April when the number of workers in gyms was 905. It stayed right around 1,000 until August when it started to recover.

"I can think back to a ton of times when I thought, am I just not seeing the writing on the wall or am I naive about what's happening here?

"The health and fitness business has been a tough industry because it has been hit hard for those that still have their business up and going virtual, and have gotten through the hardest part. And we see this light. It's still kind of dim but we see it, and it's like finishing a marathon. You're on your last leg and you're ready to get to that finish, but you know it's the hardest leg," said Carolla.
Report a correction or typo
Related topics:
businessphiladelphiagymsocietycoronaviruscommunity
Copyright © 2021 WPVI-TV. All Rights Reserved.
TOP STORIES
COVID case at South Jersey high school prompts football cancellations
Witness video shows early moments of deadly brawl at Pat's; 4 sought
Pennsylvania liquor board puts 2-bottle limit at state stores, bars
Sources: Man confesses to killing girlfriend; body found near trail
Adam Sandler greets fans while filming movie: 'I love Philly'
Suspect fires shots at officers after deadly double shooting
Brian Laundrie's sister says she wants Gabby Petito to be found safe
Show More
Phillies were down 7-0 and won 17-8
Young girl shot multiple times while in vehicle near Delco market
Police searching for hit-and-run driver who struck 6-year-old girl
AccuWeather: Clouds & Showers Today, Brighter Weekend
What you should know if you're going to Eagles home opener
More TOP STORIES News