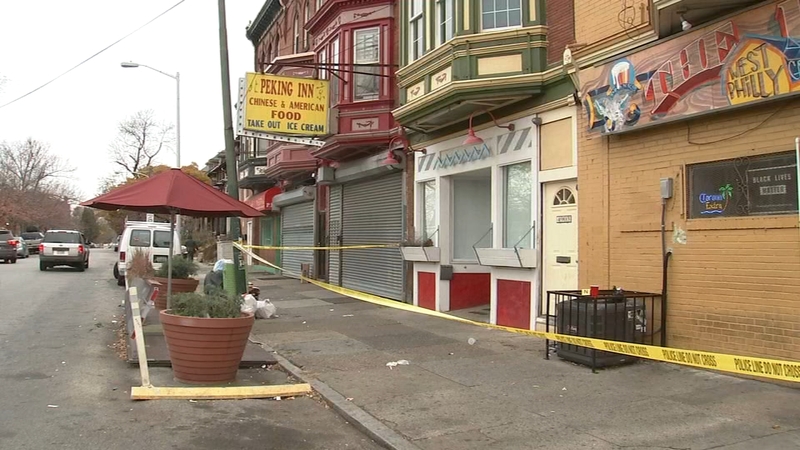 PHILADELPHIA (WPVI) -- An off-duty officer was shot at multiple times early Wednesday morning when he intervened to stop a beating outside of a West Philadelphia bar, authorities said.

It started when a fight broke out just after 1:30 a.m. outside of The Barn, a bar located on Catharine Street near the intersection of 49th Street and Baltimore Avenue.

"It's a little scary that guns were involved," said Jon Anderson of West Philadelphia. "Seems like it was right place, right time."

It's still unclear if the off-duty officer ever identified himself as an officer. Police said he did have a gun on him, but never drew it.