'Renoir: Father and Son' at the Barnes Foundation 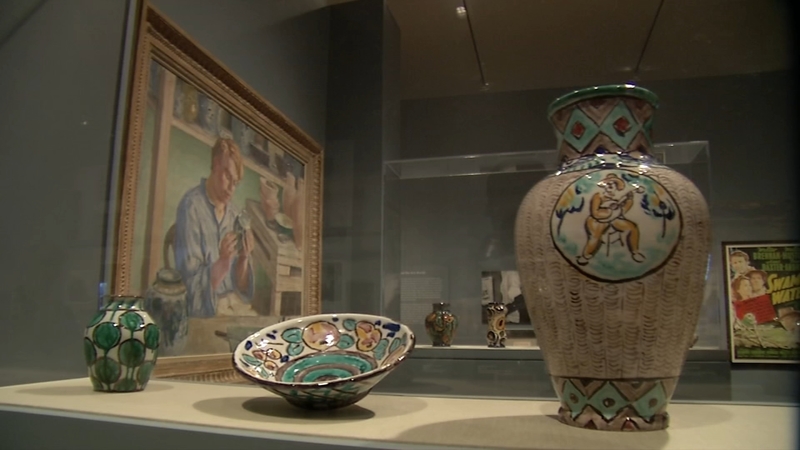 6abc Loves the Arts: 'Renoir: Father and Son' at the Barnes Foundation

A new exhibition at the Barnes Foundation explores the relationship between a famous father and son.

Pierre August Renoir was one of the leading painters of the Impressionist Era. His son, Jean, became one of the greatest film directors of his time.

The exhibition, Renoir: Father and Son, includes more than 120 works including paintings by the father, films by the son and ceramics -- the medium both father and son started in.

"When your father is one of the most important and famous artists in Western art history and you yourself are launching into an artistic career, how do you do that," asks Cindy Kang, Associate Curator at the Barnes Foundation. "How do you deal with that legacy?"

The exhibition opens with Jean's The Day in the Country, a cinematic interpretation of his father's monumental canvas, The Swing.

"So you have the son looking to the father and also trying to rival and surpass what his father did," Kang points out.

Jean grew up posing as a model for his father. The centerpiece of the exhibition is a 1910 oil on canvas titled Jean as a Huntsman.

"It's this magnificent, imperial, majestic, huge portrait," Kang says. It's housed in the original gold frame and juxtaposed with a still from one of Jean's most famous films, The Rules of the Game, where Jean is dressed as a hunter.

"This is also a significant portrait because it is the only painting that Jean kept from his father for his entire life," Kang says. "He financed his films by selling off his father's paintings."

The Barnes is home to the largest collection of Renoir paintings in the world, 181, but this is the first time the foundation has focused on the film career of Jean Renoir.

"It has brought, I think, a new light and a new way of looking at Renoir through this particular lens of film and of family," Kang says. "When you go through this show and you go back into our galleries and you look at the Renoirs, you see them in a new light."

Renoir: Father and Son is on view at the Barnes Foundation through September 3. There's also a companion film festival at Lightbox Film Center.