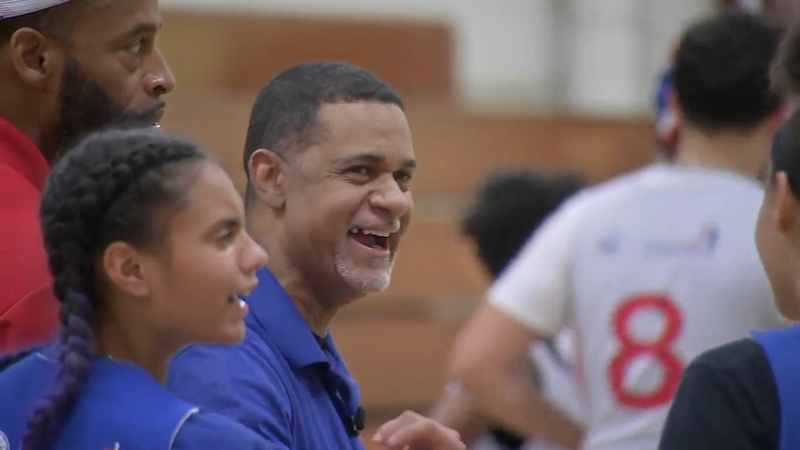 NORTH PHILADELPHIA, Pennsylvania (WPVI) -- For 20 years Ray Alvarez has been living a double life. He's been solving crimes as an FBI Investigator by day and by night and on the weekends he's been the President/CEO of a kids basketball league called La Liga Del Barrio (aka The Neighborhood League) in North Philadelphia.

While speaking to Mina Llona and 6abc Action News, Ray explained what it takes to keep a kids basketball running for 20 years, while still having a very important full time job. "It's hard. Don't get me wrong it's hard, but it's something that I have a passion for and a commitment to the kids of the community and so I pushed myself and I've been pushing myself for 20 years, "says Ray.

Ray has enlisted help from 100 local volunteers to help with the over 300 kids in this basketball league and has also somehow convinced his whole family, including his wife Esther, to help. "I wanted to go out and then he would say you know on Saturdays we have the league. So we decided we'll do it as a family," says Esther.