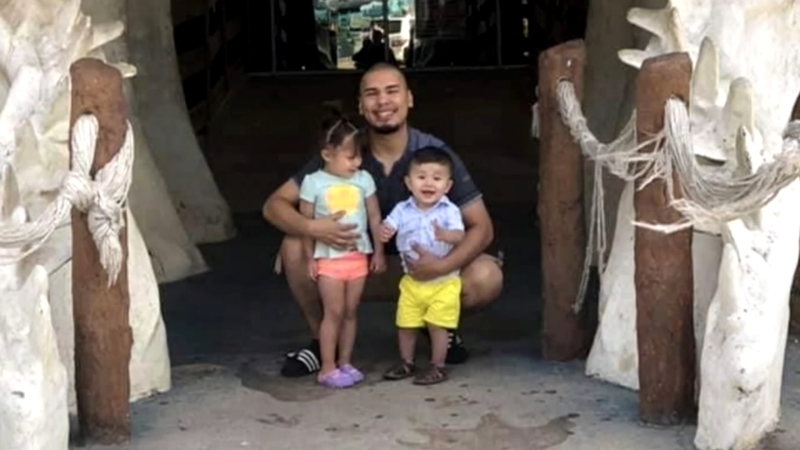 DALLAS, Texas -- Just days before Jaydee Hernandez got sick, he was simply playing with his daughter. The 24-year-old father looked healthy and happy.

Everything changed on July 23 when he called his mother in pain.

"First he said, 'I am going to the hospital because I have a stomachache. I can't drink water, I can't eat anything. I'm just throwing up and I have diarrhea,'" his mother said to WFAA-TV.

At first his doctors in the Rio Grande Valley thought he had pneumonia, but none of the traditional treatments worked. So he was flown to Baylor Hospital here in Dallas a month ago.

A growing number of students are being exposed to secondhand vaping fumes, and experts say this trend is concerning because e-cigarettes release a number of possibly hazardous chemicals.

"You know this was a mystery for them, and the doctors decided they were going to put him on life support that filters your blood," his mother said.

Hernandez's mother now says doctors believe all of his troubles began when he started vaping about six months ago. The day before he fell ill, he had vaped with THC.

"From a mom's perspective it's very painful. It's very hurtful to see your child in so much pain and not be able to help them," his mother said.

Hernandez was able to talk to his mother just before he was put on a respirator.

"He was scared of not being able to breathe. He didn't know what the outcome or what was going on with him. He said, 'Mama, I'm scared'. I'm scared -- that that's all I can hear him saying," she said.

While Hernandez struggles to live, his wife gave life to their third child at Baylor Hospital in Dallas.

There have been reports across the country of people suddenly getting sick after vaping. Hernandez's mother says that's why she decided to be a voice for her son.

"And I know right now if he was here speaking right now, he would warn everybody right now to stop," his mother said.

She says doctors don't think there is much more they can do for Hernandez, and they may have to make a difficult decision to take him off life support. But for now, they pray for a miracle.
Report a correction or typo
Related topics:
health & fitnessdallasvaping
Copyright © 2022 WPVI-TV. All Rights Reserved.
TOP STORIES
Father faces charges after 4-year-old accidentally shoots himself
Visitors fill the Jersey Shore for Memorial Day weekend
Pottstown community grieves over loss of family in house explosion
Police: Triple shooting leaves 1 dead in West Oak Lane
One man dead after West Philadelphia shooting
AccuWeather: Sunny & Pleasant Sunday
'Is it worth my kid?' Parents of TX school shooting victim speak out
Show More
Official admits police made 'wrong decision' in TX shooting
Victim of elementary school attack says it could have been prevented
North Philly store owner robbed, assaulted with brick: Police
Dann Cuellar retires after 34 years at Action News
Another Trenton, NJ firehouse hit by gunfire
More TOP STORIES News