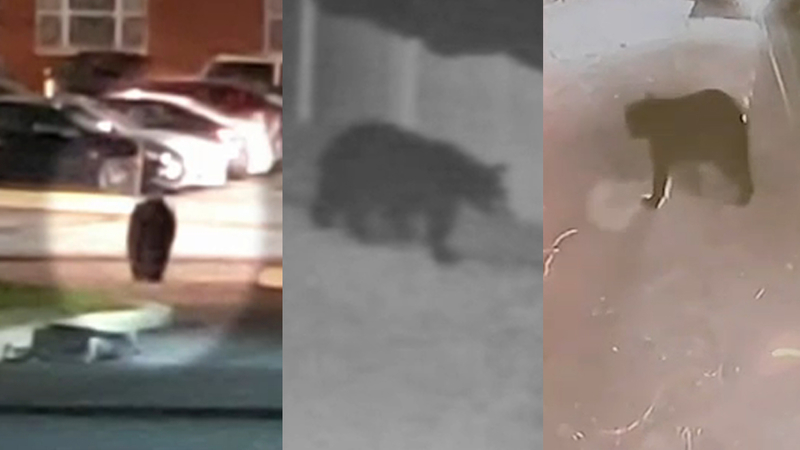 Bear travels from Delco to Delaware

NEW CASTLE, Delaware (WPVI) -- Wildlife officials in Pennsylvania and Delaware are working together to monitor a black bear that has been spotted about a dozen times over the past six days.

A photo released by New Castle County police shows the bear walking through Darley Green apartments off of Philadelphia Pike in Claymont, Delaware.

Now agencies in Pennsylvania and Delaware are working together to find out where it'll go next.

"I spoke with one of the game wardens and he showed me how to use a bear trap and what to do if it stays in one area," said Sgt. Chelsea Chillas with Delaware Natural Resources Police.

"At this point, we're just standing by to help Delaware if they need help with our trap and tranquilizer drugs," said Czech.

Officials hope they won't need those measures if the bear goes back into the woods to hibernate on its own. And if another visitor comes? They're ready.

"The more we build, the more we build stores and housing developments these animals have less and less space. And they're becoming our neighbors now," said Czech.

If you see the bear, officials say don't be alarmed. Stay back and call 911.