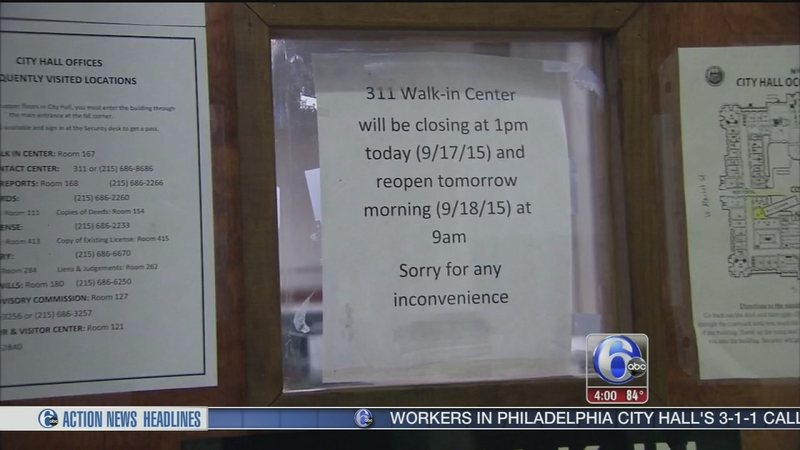 CITY HALL (WPVI) -- Employees who staff Philadelphia's 311 system in City Hall were sent home for the day because of bed bugs.

Initially, a spokesperson called it an infestation of bed bugs inside the 311 Call Center - room 167 on the first floor of City Hall.

One woman came to deal with a complaint and found the doors closed. We told her why.

"Goodbye. This is not what I expected. They got to exterminate," she said.

People passing by had heard there was an issue involving bugs.

Action News spoke with Aaron Friedmann, an attorney in the building for a trial.

"I've been scratching since the person who caught me coming in the building mentioned it, apparently from your website, they got the alert," Friedmann said.

Last year, bed bugs were discovered in City Hall up on the 5th floor.

Later in the day, Action News learned one bed bug had been found in the 311 center and presented to building maintenance with the theory if there's one there could be more.
No additional bed bugs were found, but a spokesperson for the mayor's office said treatment was done in the room as a preventative measure.

After all, nobody wants to deal with bed bugs, not at City Hall, not anywhere.