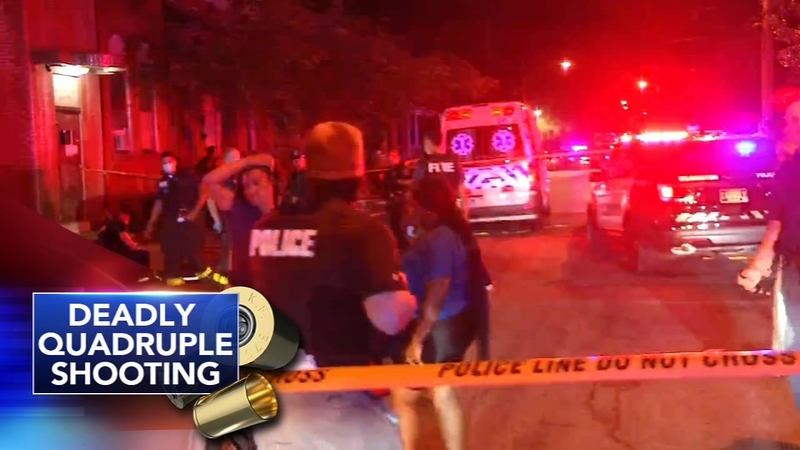 "I thought it was fireworks at first," said a neighbor who did not want to be identified. "But then it started getting really bad and then I don't know man, it went crazy. It was crazy."

Police would not confirm if the shooting was random or if the victims knew the shooter or shooters.

An analysis by Action News found through July 12, murders in Wilmington are up 50 percent from last year, with the number of juvenile shooting victims up 120 percent.

"Most of the time we're believing it's some type of retaliation the back and forth between different areas," said Yolanda McCoy, Wilmington City Councilwoman Sixth District. "We have people who are theorizing it's gang-related, me personally, I do think a lot of times it's just young people having beefs."

McCoy says for the last two years, she's been asking for surveillance cameras on the very block where the shooting took place.

"I have believed that if we actually calm that block, we would see a ripple effect throughout the rest of that community," said McCoy. "Unfortunately my requests have not been answered."

Wilmington Mayor Mike Purzycki said based on the data, the police department will not deploy their limited resources to Beech Street and instead, are focusing on keeping criminals locked up.

"Those young people cannot be let back on the street because somebody feels sorry for the life they've had," said Purzycki. "We've got to get them off the streets so they don't hurt themselves or other people."