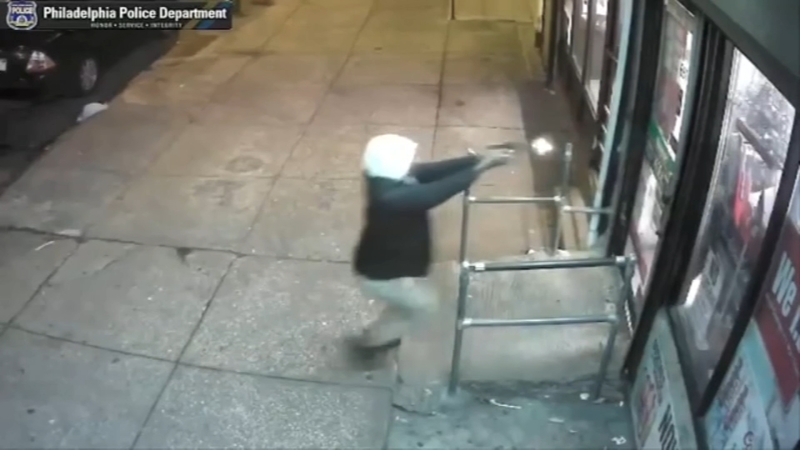 PHILADELPHIA (WPVI) -- Philadelphia police are asking for the public's help to track down a criminal they say is armed and dangerous.

Another male inside the store saw the suspect approaching and held the door closed.

Police say the suspect then produces a semi-automatic handgun and fired three times into the store while the store was full of customers, including a mother and small child.

Officers say gunman then ran from the scene. He was last seen towards Sharpnack Street.

Police caution the suspect is armed and dangerous.