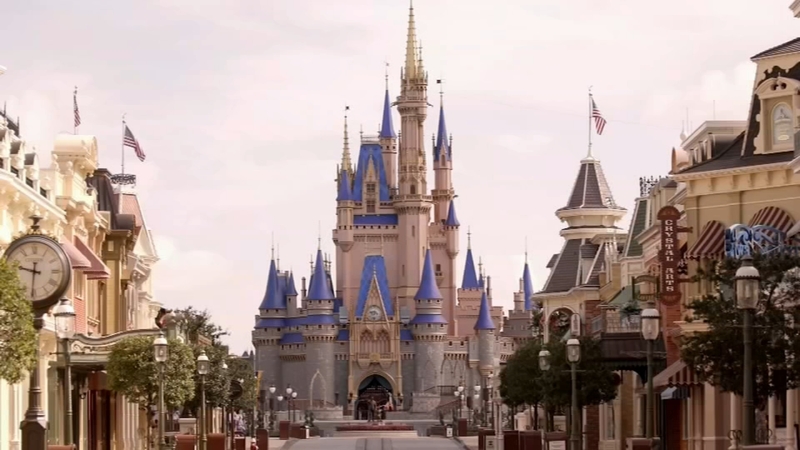 'Behind the Attraction' series offers sneak peek inside Disney magic

PHILADELPHIA (WPVI) -- From the Haunted Mansion to It's a Small World to Star Wars: Galaxy's Edge, viewers get a sneak peek behind the real magic of Disney Parks in a brand new series on Disney+.
It's called Behind the Attraction, all the stories and secrets of the rides, hotels and castles we all know and love so much.

Creators say pulling back the curtain won't spoil the magic, but rather, enhance it!

"These are stories we never get to tell," said Jeanette Lomboy, a Disney Imagineer.

"You just get to experience the ride and have that thrill, you have no idea what went into making that ride. I think it's just an amplification of an appreciation of what goes into making the magic. If you don't want to know that, you don't have to. But I think you can still go on a ride and then go back and watch the show, or see the show before you go on a ride and have it build on the magic for you."

The actors star in a fun adventure story based on one of the original rides at Disneyland.

Why did Space Mountain take so long to launch? How did Imagineers fill the Haunted Mansion with 999 happy haunts? We find out all of it!

Director and Executive Producer Brian Volk-Weiss says as lifelong fan of Disney, this access was a thrill.

"That's what we tried to give the audience was the experience we had," he said. "We tried to record it so they can experience it the way we did."

The first episode shows us the back story of the Jungle Cruise ride, just in time for the live action "Jungle Cruise" film starring Dwayne Johnson and Emily Blunt, which will be released July 30th in theaters and on Disney+ with Premier Access.

Behind the Attraction is streaming now on Disney+.