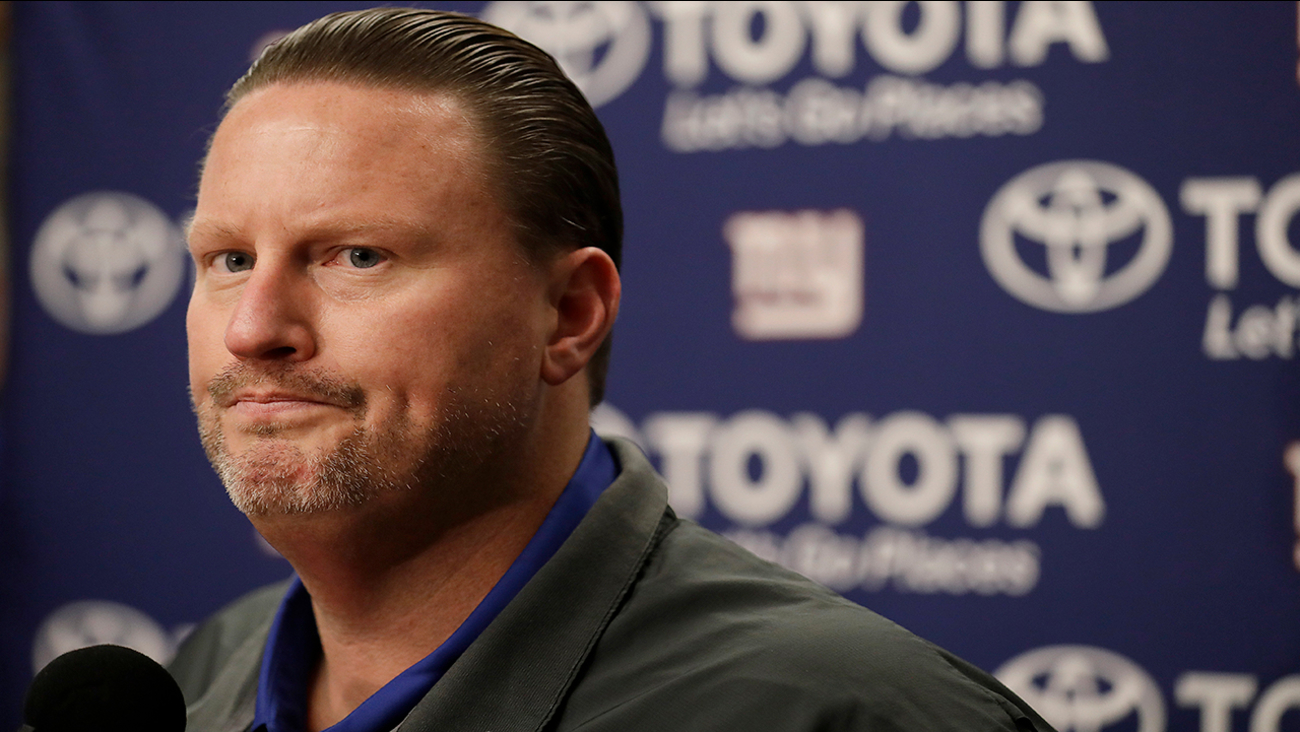 EAST RUTHERFORD, N.J. -- Coach Ben McAdoo and general manager Jerry Reese were fired Monday by the New York Giants less than one year after taking the team to the playoffs for the first time since 2011, a person familiar with the situation said.

McAdoo and Reese were fired a day after the Giants were beaten in Oakland and dropped to 2-10, according to the person who spoke on condition of anonymity because the team had not made an official announcement.

The firings cap an injury-marred season highlighted by the loss of catalyst wide receiver Odell Beckham Jr. on Oct. 8.

The moves also came less than a week after the 40-year-old McAdoo made one of his biggest mistakes of his short tenure, mishandling the decision to bench two-time Super Bowl MVP Eli Manning. The move led co-owner John Mara to admit he wished the decision had been handled better.

Reese was in his 11th season as GM, starting in 2007, the season the team won the Super Bowl. The Giants won a title again after the 2011 season, but Reese has been under fire in recent years with the team now missing the playoff in five of six years.

McAdoo posted a 13-16 record, and his firing is the first mid-season head coaching move by the Giants since Bill Arnsparger was replaced seven games into the 1976 season by John McVay.

No one could have expected going into the season that the Giants would be replacing a coach before it finished. They came in with Super Bowl expectations coming off an 11-6 record in McAdoo's first season.

Those expectations ended quickly as the Giants lost their first five games, the last three after the defense failed to hold fourth-quarter leads.

With the losses, word started to emerge that McAdoo was losing the team. His one-game suspensions of popular cornerbacks Dominique Rodgers-Cromartie and Janoris Jenkins heightened the problem. According to several reports, some players also griped anonymously about having workouts on Saturdays, something the team also did last season.

Mara and co-owner Steve Tisch had come to McAdoo's defense after an embarrassing loss to the then-winless 49ers on Nov. 12, saying his job was safe until the end of the season. His handling of the Manning benching seemed to seal his fate.

The Giants hired McAdoo away from Green Bay in 2014 to serve as Tom Coughlin's offensive coordinator. He was elevated to head coach on Jan. 14, 2016, less than two weeks after Coughlin was forced out after missing the playoffs for the fourth straight season.

McAdoo had all the ingredients to be successful. He was young, ran an up-tempo West Coast offense, had worked well with Manning and he seemed to be a coach the players would like. His practices were filled with music and innovated with short-interval segments.

McAdoo's first season was magical. Led by a revived defense, the team seemingly won every close game in a season in which most of the players stayed healthy. The only problem was the offense, which struggled to score playing with a poor offensive line, no running back and a lack of receivers other than Beckham.

General manager Jerry Reese's failure to address the line in the offseason was a major gaffe that led to McAdoo's demise.

The line, which lost center Weston Richburg and guard D.J. Fluker to season-ending injuries and has seen guard-tackle Justin Pugh's time limited by back issues, wasn't the only problem. The receiving corps was decimated by season-ending injuries to Beckham and Brandon Marshall, who never lived up to the hype of his signing, and return man/receiver Dwayne Harris. Sterling Shepard has also been limited by ankle and illness (migraine) problems.

Prior to this move, the shortest tenure by a Giants' head coach in recent years was the firing of Ray Handley after the 1992 season. He lasted two years after replacing Bill Parcells. The only other time the team fired a head coach in midseason was in 1930 when LeRoy Andrews was replaced by Benny Friedman and Steve Owen.