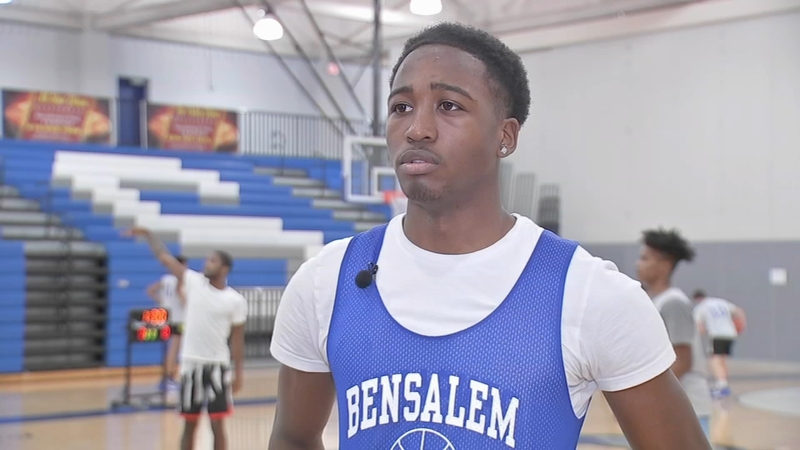 BENSALEM TOWNSHIP, Pennsylvania (WPVI) -- A Bensalem High School student is using basketball to find a better life for his family.

It's hard being a high school athlete. It takes practice, perseverance and dedication.

Then there's Bensalem's Jeremiah Alexander. His story redefines just how hard things can get and just how strong the human spirit can be.

Alexander found a home at Bensalem --- even though he and his mom are homeless.

The family fell on tough times three years ago. Alexander's mother, Lesonya Stephens, lost their apartment in Morrisville and then were in and out of homeless shelters in Levittown for a year.

Then in 2018, they moved to government-assisted housing in Bensalem but then she lost her job and that apartment too.

"It's been hard on him --- its been really hard I can tell," said Stephens.

Alexander and his mom are now separated. While she's staying with different family and friends around the area, he's staying with one of his teammates, Aaron Sanders and his family in Bensalem, so he can keep playing and finish school.

The senior doesn't get to see his mom much right now since she has little money and no car. But it's driving the guard on the court and in the classroom.

Alexander is trying to make the most out of a difficult situation, you would never know there was pain behind that smile.

"You would never know what he's been through, the way he carries himself," said coach Ron Morris.