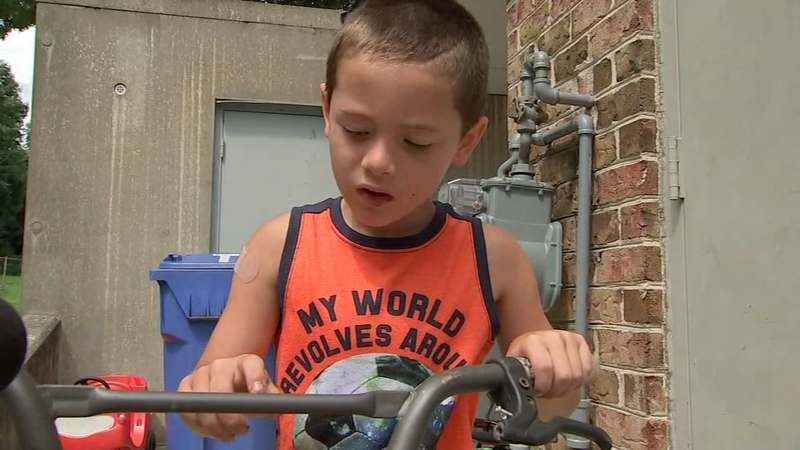 BETHLEHEM, Pennsylvania (WPVI) -- A young boy was injured on Sunday after a lightning strike in Bethlehem, Pa.

A young boy was injured after he was reportedly struck by lightning on July 21, 2019.

Lightning struck the sidewalk hitting 6-year-old Juniel Velez's bike while he played outside.

The force from the lightning pushed the bike into his face.

He was rushed to the hospital where he had to get stitches for injuries he sustained to his mouth.

Juniel's mom saw a bright light when the lightning struck and says her son believes lightning also struck the grassy area near their Bethlehem apartment.

The bolt left a mark on the sidewalk and Velez's family says they are happy he wasn't seriously hurt.