Charges dropped against mother who left 1-month-old baby on bus in Bethlehem: Officials 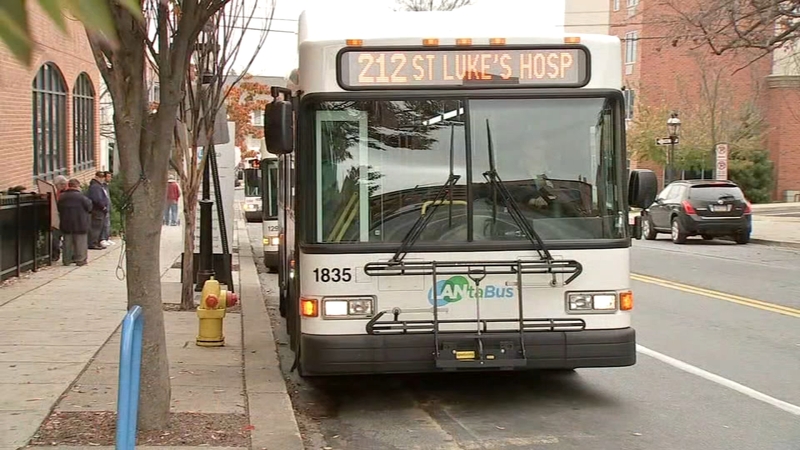 BETHLEHEM, Pennsylvania (WPVI) -- The charges against a Lehigh Valley mother accused of leaving her baby on a bus have been dropped, officials said Wednesday.

Police say the woman walked on the bus in Bethlehem on October 26, handed her infant to the driver and then turned around and walked away.

The mother was originally arrested, but during a news conference on Wednesday, Northampton County District Attorney John Morganelli announced the charges would be dropped. The mother will now undergo a psychiatric evaluation, he said.

According to a criminal complaint, while Bus #12-93 was stopped, the woman approached the bus with her 1-month-old baby boy in hand.

"I think you should take it to the right authority, but in the same respects, taking it to a bus driver they can make sure the baby is taken care of," said Darrell Phillips of Bethlehem.

In this case, the woman didn't do that and she was originally charged with a misdemeanor count of child endangerment.