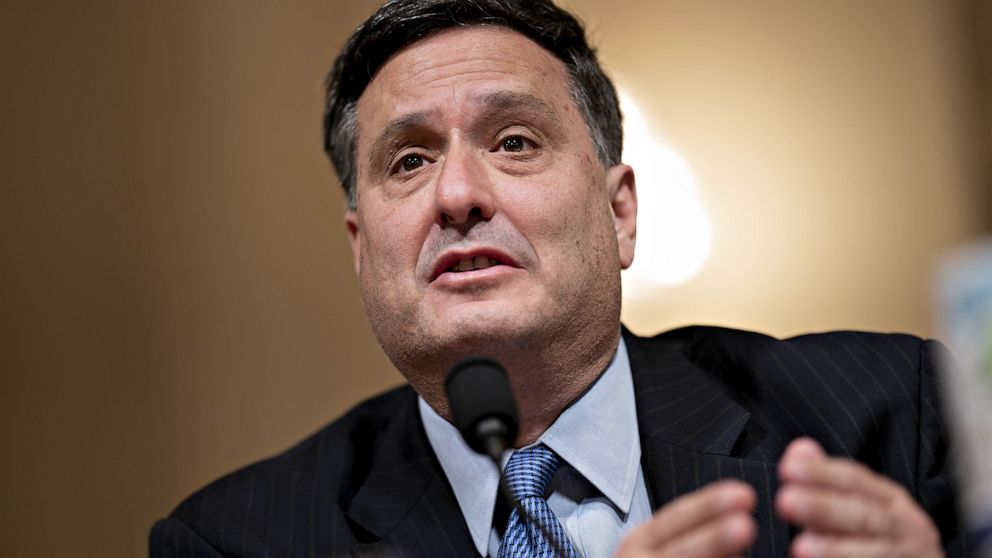 Incoming White House Chief of Staff Ron Klain said Sunday that President-elect Joe Biden will soon announce his first cabinet picks, a sign that he is moving swiftly forward with his transition despite President Donald Trump's refusal to concede the race.

"You're going to see the first of the president-elect's cabinet appointments on Tuesday of this week," Klain told ABC News Chief Anchor George Stephanopoulos in an exclusive interview on "This Week."

"But if you want to know what cabinet agencies they are or who's going to be those cabinet agencies, you'll have to wait for the president-elect, He'll say that himself on Tuesday," Klain added.

While Biden and his transition remain stalled, Klain did say that their team is moving forward with plans for an inauguration in Washington, albeit one that is drastically different than in years past due to the coronavirus pandemic.

"It's going to definitely have to be changed. We've started some consultations with House and Senate leadership on that. Obviously this is not going to be the same kind of inauguration we've had in the past," Klain told Stephanopoulos, noting that Biden and Vice President-Elect Kamala Harris' top priorities will be public health and ensuring they do not exacerbate the spread of COVID-19.

"Joe Biden and Kamala Harris conducted this campaign with the safety of the American people in mind," Klain said. "They're going to try to have an inauguration that honors the importance and the symbolic meaning of the moment, but also does not result in the spread of the disease. That's our goal."

Klain also maintained that while public safety is paramount, the American people do have a lot to celebrate after Biden's win. He said to expect many of the tactics and methods deployed by Democrats during their mostly virtual convention in August to be utilized again for the inauguration.

"We saw the day that Joe Biden and Kamala Harris were announced as president and vice president of the United States people all over the world, and particularly in America, dancing in the streets. We know people want to celebrate. There is something here to celebrate. We just want to try to find a way to do it as safely as possible," Klain said.

Klain also continued to push for the General Services Administration (GSA) to ascertain Biden as the winner of the election, which would allow their team to formally begin its transition work.

"We're not in a position to get background checks on cabinet nominees. And so there are definite impacts. Those impacts escalate every day and I hope that the administrator of the GSA will do her job," Klain said.

The incoming chief of staff also was also challenged by Stephanopoulos on whether Trump and his administration deserve credit on the progress made on the discovery of a COVID-19 vaccine, to which Klain pivoted and praised the scientists who have worked on vaccine development and looked ahead to what he said is the "bigger step" of distributing said vaccine.

"I think that everyone involved should get credit for that. It starts most importantly with the scientists and brilliant men and women who have done this work, but ... vaccines don't save lives. Vaccinations save lives," Klain said. "So the scientific work that's been done to get this vaccine to the place where it can be approved by the FDA, hopefully very, very soon, is just the first step. The much bigger step is actually getting those vaccinations to the American people. That's hard."

When Stephanopoulos pointed out that Gen. Gustave Perna, the four-star Army general in charge of the Trump administration's "Operation Warp Speed," said earlier this week on ABC's "Good Morning America" that there has been and will not be a "slowdown" in vaccine distribution due to the stalled transition, Klain pointed to the shortcomings in the administration's testing efforts as evidence that Americans are still right to question their ability to effectively coordinate the distribution of the COVID-19 vaccine.

"The Trump administration has been at this for eight or nine months. In the course of that, fewer than one in three Americans has gotten a COVID test. And so, now, the question is how can we get 100% of Americans a vaccine in short order? That is a challenge that I think the American people are right to be skeptical about in terms of the way in which the Trump administration would handle it, and that's a challenge that has been largely fallen to the Biden administration," Klain argued.

Klain also called Trump's refusal to concede the election to Biden "corrosive" and "harmful," but said it will not change the fact that Biden won.

"Donald Trump's been rejecting democracy. He has been ... launching baseless claims of voter fraud, baseless litigation rejected by 34 courts and now these efforts to try to get election officials to overturn the will of the voters. It's corrosive, it's harmful, but ... it's not going to change the outcome of what happens here at 12 noon on Jan. 20, Joe Biden will become the next president of the United States," Klain said.

Pressed by Stephanopoulos on worries that Trump may be attempting to sow doubt about the legitimacy of Biden's presidency and that 70% of Republicans in a recent Monmouth University poll said they believe Biden defeated Trump due to voter fraud, Klain argued that the president-elect and his team know they need to work to reach out to Republicans. He also made clear that Biden will keep the promise that he made during the campaign to try and unite the country.

The incoming White House chief of staff also said he hopes top Republicans like Senate Majority Leader Mitch McConnell will soon accept the results of the election, and said he is encouraged by statements from Republican Sens. Pat Toomey of Pennsylvania and Mitt Romney of Utah who have called on Trump to concede and begin the transition process.

Pressed by Stephanopoulos on a comment Biden made during an interview with ABC News back in February about the need for Democrats to take back the United States Senate -- something they will fail to do unless they win the remaining two runoff elections in the state of Georgia -- Klain said that their team has already begun devoting resources to the southern state to flip both seats blue. He also added that Biden will work with whatever Senate is ultimately elected come January.

"The reality, of course ... is that even if we win them both, and I think we will win them both -- I think both candidates are doing a great job -- we're going to have a closely divided Senate, kind of under any scenario," Klain said, touting Biden's record of working across the aisle and reiterating that Biden is likely to campaign in-person in Georgia ahead of the January runoff elections.

"Whatever happens in Georgia. Obviously we want to win those seats. I really want to see Chuck Schumer be the next majority leader in the U.S. Senate ... but however that comes out, we are going to deliver for the American people. And that's the mission."