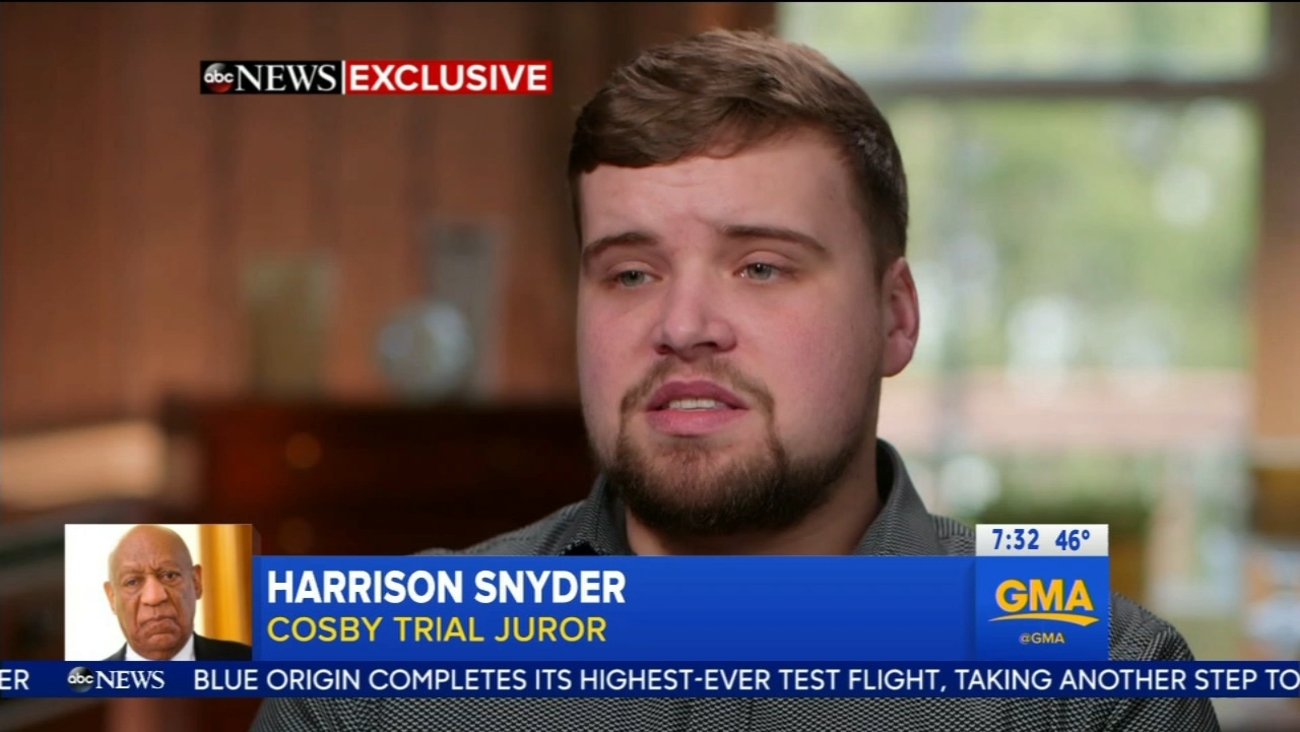 NORRISTOWN, Pa. -- The judge weighing whether to publicly identify members of the jury that convicted Bill Cosby of sexual assault tore into the news media at a hearing on Tuesday, accusing reporters of stalking jurors at their homes and bombarding them with phone calls since last week's verdict.

Judge Steven O'Neill told lawyers for The Associated Press and other news outlets seeking the jurors' names that he had grave concerns for jurors' privacy and floated the possibility of trespassing and harassment charges for journalists who don't comply when asked to leave or to stop calling.

However, he conceded that a longstanding state Supreme Court ruling that the names of jurors should be made public under the First Amendment would almost certainly force him to disclose them.

Media lawyer Paul Safier argued that the public "has the right to know who made these momentous decisions."

The judge did not say when he would rule.

The judge opened the hour-long hearing with a scathing media critique, saying he found it "curious" that some news outlets had already figured out who the jurors were.

"Each and every one of them had the press on their front lawns, calling them up, constantly harassing them," he said. "The names were out there immediately. The media were at their homes immediately."

One television network even booked a room at the hotel where jurors were sequestered during the trial, in hopes of scoring interviews, the judge said.

Only one juror has spoken to the media. Harrison Snyder told ABC's "Good Morning America" on Monday that Cosby's 2005 deposition testimony about giving women quaaludes before sex in the 1970s sealed his fate.

The jury issued a statement as a group on Monday, saying it had "absolutely no reservations" about convicting Cosby of three counts of aggravated indecent assault.

The seven men and five women from the Philadelphia area said they found accuser Andrea Constand's testimony about Cosby drugging and molesting her at his home in January 2004 "credible and compelling." They also asked for privacy and respect.

The judge said the jurors basically were saying "we want to be left alone."

The judge waited until news outlets intervened before releasing the jurors' names in Cosby's first trial, which ended in a hung jury.

The 80-year-old Cosby, who earned a reputation as America's Dad playing Dr. Cliff Huxtable on the top-rated family sitcom "The Cosby Show," is now a prisoner in the suburban Philadelphia mansion where the encounter with Constand occurred. Cosby says the encounter was consensual, but he now faces the prospect of spending the rest of his life behind bars as he awaits sentencing, likely within the next three months.

Cosby's publicist has declared his conviction a "public lynching," and his lawyers have vowed to appeal.