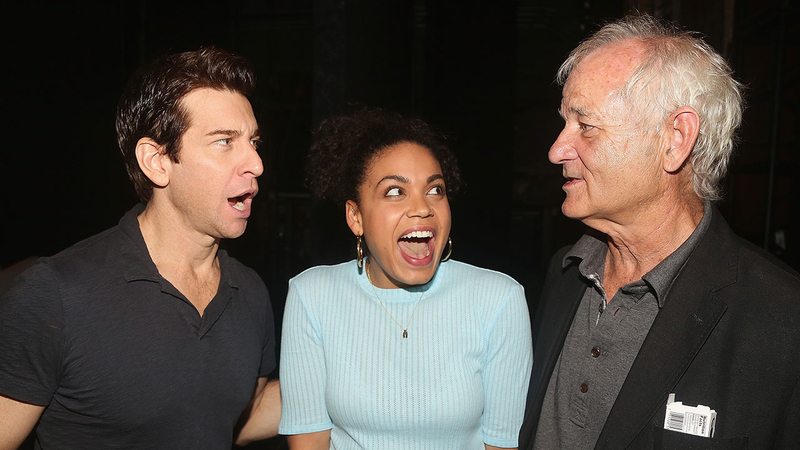 The cast of "Groundhog Day the Musical" mustn't keep their audience waiting, especially when Bill Murray is in it ... again.

The star of the original 1993 film about a weatherman stuck in the same day hilariously returned two nights in a row to the theater where its Broadway adaption is being performed.

Andy Karl, who plays Murray's character in the movie, tweeted his excitement about Murray's enthusiasm.

Is this day happening again? Bill "frickin" Murray is back @Groundhogdaybwy for a 2ndx #whatismylife #BillMurray ❤️ pic.twitter.com/kuT35zOKvS

Murray's motivation might go beyond the love of a good joke into a genuine passion for the musical. Murray was reportedly crying by the end of his first viewing.