Trying to break the code of the Binary Bandits 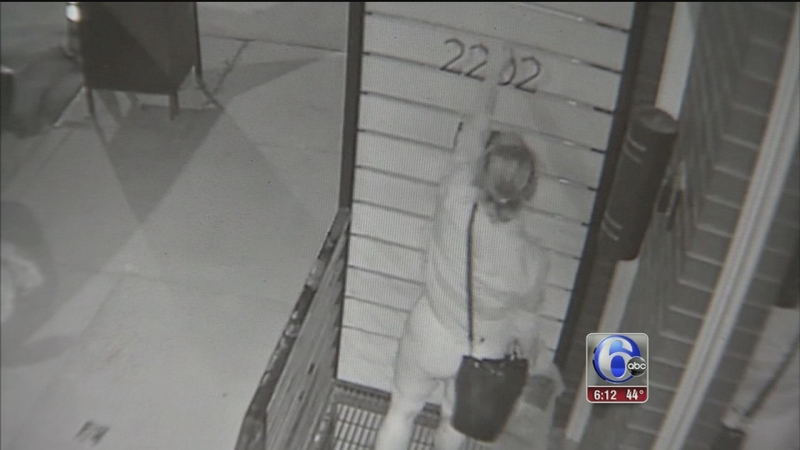 Breaking the code of the Binary Bandits

EAST KENSINGTON (WPVI) -- A Philadelphia neighborhood has its share of holiday intrigue this year.

If you walk up and down Amber Street in East Kensington, you'll see quite a few home addresses missing their ones and zeros.

The rather odd theft is being blamed on the now notorious Binary Bandits, as they've been nicknamed.

The duo is believed to be a man and woman.

Meghan Haley caught one of the Binary Bandits on tape in September stealing the zero from her home on Amber Street.

"There's the female taking our zero without hesitation and just walking away," Megan said as she showed Action News the surveillance video.

We asked Megan what's the theory for the crime, as the real reason remains a mystery.

"There has been a lot of speculation. Some say there's been an art installation," Megan said.

"Probably an art protect. I think that was the rumor that was going around. I went to art school so I could imagine someone doing something like this," Jesse Daniels said.

Well, it appears the Binary Bandits have had a change of heart.

Overnight Monday, surveillance video shows a man come to Megan's door, unmasked, drop off a garbage bag and then walk away.

In the morning, video shows Megan's husband come outside to go to work and make the discovery of what's inside.

"He looks at me and says 'it's the ones and zeros' and we both stared at each other in shock and disbelief," Haley said.

Megan spread all the ones and zeros out for the police and even wore gloves as not to fingerprint the evidence.

Megan says she has no explanation to why the bandits returned the numbers now.

"We just want answers," she said.

She's just glad it seems like the Binary Bandits have had a change of heart.

Though this whole experience isn't something she'll soon forget.