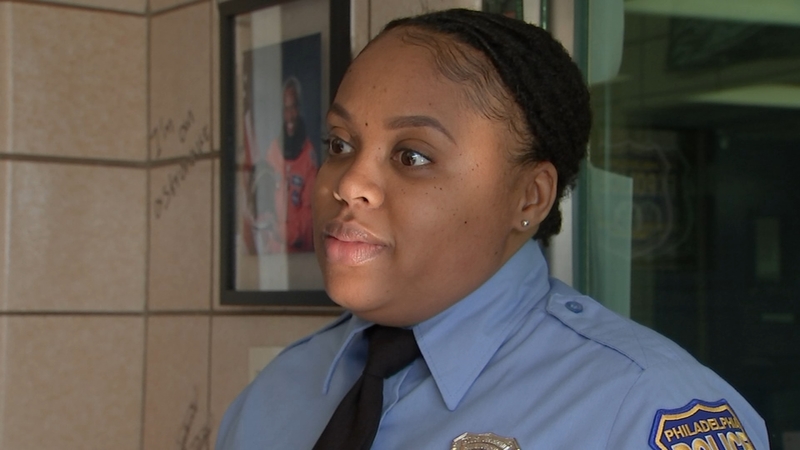 PHILADELPHIA (WPVI) -- A first of its event kind is happening in one Philadelphia police district.

An officer has made it her mission to celebrate Black History Month, and she's inviting the community to join in.

It's happening at the 19th District Headquarters at 61st and Haverford, and it's giving residents a positive reason to walk into the police station.

"I wanted to do something special for the month, so I was like, 'we have to do something for Black History Month.' It just sparked in my head, do an exhibit!" said Officer Vanessa Washington.

"The police department is a public building. We want people to come in and feel safe, and also enjoy the experience of history and culture

"There's a charter school in the district name after him and he graduated from Overbrook high school, which is in our district, so people who come in will be very surprised to learn he's a part of us."

The specialty History in Action figures tell the story of prominent movers and shakers.

They were created by the late Sterling Ashby, an attorney who's also from the neighborhood.

"He wanted people to have action figures that look like him or me or you," said his mother, Teddi.

Officer Washington is spreading the word about the mini-museum, inviting children from area schools - while residents like Aaron Stewart are just dropping in

"I learned something very knowledgeable," he said.

The black history display is believed to be the first of its kind at a police station in Philadelphia, but Officer Washington hopes it won't be the last

"Maybe I can start something. Maybe this will pass along to the other districts and they can do it too."