There was a budget crisis made worse by the pandemic and then a summer filled with protests about social justice and police reform.

As the city's first Black woman to hold the position, she also finds herself weighing the issues of race and law enforcement as it pertains to the high profile deaths of George Floyd, Breonna Taylor and Rayshard Brooks among others.

Living black and blue as it has been called has raised questions in her mind but has also incentivized her to be a stronger leader for change amongst her peers.

George Morse IV has been with the Philadelphia Sherriff's Office for more than a decade. He is a fifth-generation law enforcement officer.

The portrayal of police has also affected how he handles his everyday duties and put added pressure on him as a Black officer.

To deal with the challenges he has found a safe space with the exercise group Black Men Run. It provides fellowship and a healthy outlet for him to release from the every day pressures of living Black and blue.
EMBED More News Videos

Action News Anchor Sharrie Williams sat down for a deep conversation with Philadelphia Police Commissioner Danielle Outlaw to discuss the challenges that the commissioner faced in her first year on the job. 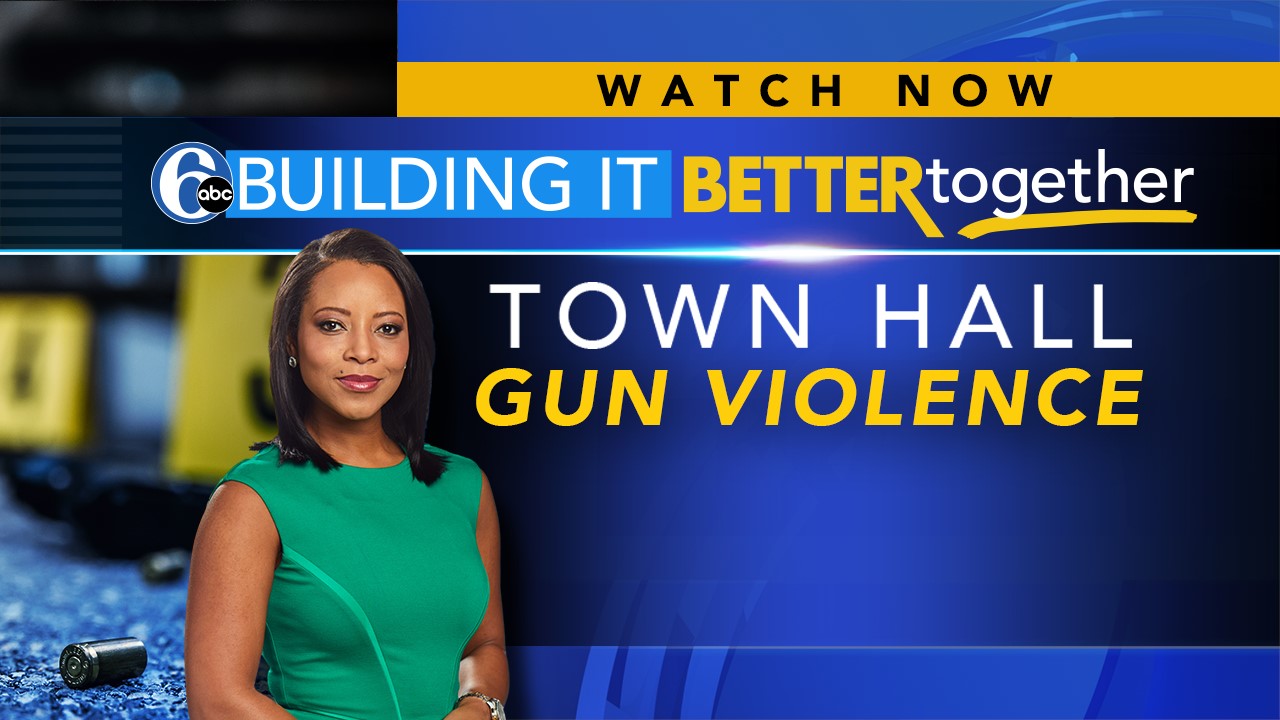 Using old criminal records as their canvas, the People's Paper Co-op is advocating for women behind bars.

People's Paper Co-op: Women using art to free other women from prison
Inside the Village of Arts and Humanities, Faith Bartley is hand-making paper, creating what will be the canvas for art or the pages of a hand-crafted journal.

The art is an exercise in healing. The paper is made from old criminal records, including Bartley's own, creating a symbolic and clean slate for the women to re-enter society and embark on a fresh start.
Bartley grew up in North Philadelphia with, as she says, a mom who was addicted to drugs and a dad missing in action.

She also turned to drugs and did several stints in prison. Every time she got out, she vowed not to go back in but, the high school graduate and Army veteran couldn't convince anyone to hire her.
EMBED More News Videos

Rick and Sharrie take you inside the Black History Month edition of Visions.

Then she found the People's Paper Co-Op, a place that would teach her how to make paper and how to advocate for women still behind bars.

For Mother's Day, the women sell their art to raise money for moms who can't post cash bail. The past two years, they've raised more than $120,000 for the Mama's Day bailout

Owens, PABJ's first openly gay president, is making waves through his advocacy for Black journalists and equality in media via his writing in Philly Mag and on his podcast.

And the PABJ has a new President who is making waves in the industry and on the airwaves.

Ernest Owens is the first openly gay President of the Philadelphia Association of Black Journalists - an advocacy group that pre-dates the national organization (NABJ).

With founding members before him like Chuck Stone and Mary Mason, he plans to continue as a trailblazer and honor the legacy. He is also making pioneering steps in publishing, as the first Black Editor-At-Large in Philadelphia Magazine's 113-year history. 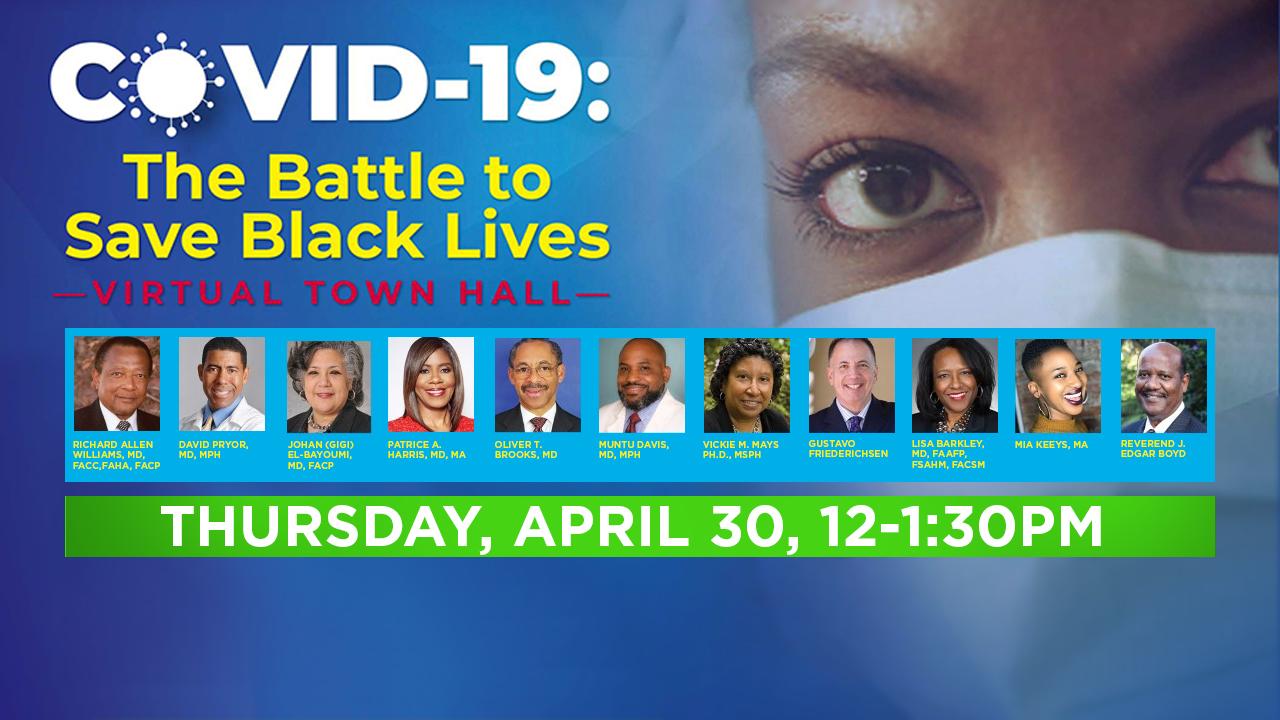 The COVID-19 pandemic has affected black and minority communities at a disproportionate rate than the county as a whole.
EMBED More News Videos

And while she is legendary for her singing, she was also a civil rights activist and the victim of a decades-long campaign by the federal government to silence her.

Philly's Billie Holiday gets her due in new movie, documentary
You may not know it but Billie Holiday aka Lady Day was born in West Philadelphia, not Baltimore.

And while she is legendary for her singing, she was also a civil rights activist and the victim of a decades-long campaign by the federal government to silence her. Her story is ready to be told in two new features.

A new movie by Lee Daniels, The United States vs. Billie Holiday, premieres on Hulu on Feb. 26.

That same day, 6abc is releasing a companion documentary, Looking for Lady Day, on our family of streaming apps.

We'll take you to the places she stayed and sang, meet a Philadelphia musician who played with her and show you where she was born, arrested and tried.

Philadelphia was the center of it all and so was Billie Holiday's song, Strange Fruit.
The United States vs. Holiday, on Hulu starting on Feb. 26.

* Special thanks to The Clef Club, Harriett's Bookshop and the Charles L Blockson Afro American collection at Temple University Libraries.

Patrice Banks is challenging traditional gender roles with a car-care center that caters to women -- complete with a salon to get your nails done while you wait.

Girls Auto Clinic makes a right turn to add 'she-can-ic' to car-care glossary
At Girls Auto Clinic in Upper Darby, owner Patrice Banks is challenging traditional gender roles with a car-care center that caters to women -- complete with a salon to get your nails done while you wait.

She was working as an engineer at duPont when she quit her job to become a mechanic.

An admitted 'auto airhead', she felt taken advantage of in her auto repairs over the years, and says she never saw women working as mechanics.

So she went to school at night, worked for free at shops in the area, and branched out on her own four years ago. She continues to break boundaries with a community of 'she-can-ics', with emphasis on the word 'can', encouraging women to learn about their cars and support each other along the way.

"Anything daddy made me is my style," says 9-year-old Ava Gardner, the star of "Daddy Dressed Me."

Daddy-daughter social media team goes viral for custom threads
The holiday search for the hottest fashion is on, but 9-year-old Ava Gardner doesn't have any top brands on her wish list.

Instead, she's shopping at her father's sewing table.

"Anything daddy made me is my style," she said.

Ava is the star of "Daddy Dressed Me," a social media sensation created by her father, Michael Gardner."
Sewing became a tool that I've used to teach her about self-confidence, loving herself and believing in herself," said Michael.

His crafty hobby started about six years ago. With 17,000 followers on Instagram, Michael and Ava are sharing that contagious self-confidence around the world!

After receiving a life-saving procedure, Vietnam vet Joe Pratt is paying it forward as a Gift of Life ambassador and hoping to see more African Americans utilize the benefits of the program.

Gift of Life hoping to make a bigger impact in the Black community
New Jersey veteran and Gift of Life donor-recipient Joe Pratt points out that there can be acts of heroism not only on the battlefield but also in the hospital.

Gift of Life is our region's organ and transplant organization which has successfully coordinated more than 52,000 life-saving organ transplants in the past 13 years. But there are many, many more still on the waitlist.
Pratt received a life-saving double-lung transplant through the Gift of Life Donor Program 8 years ago. The Vietnam Veteran is a retired Army Major and a U.S. Presidential Bronze Star Recipient, totaling about 20 years in the US Army.

When Pratt was in his late 60's, he began experiencing shortness of breath. His wife insisted he go to the doctor, and that's when he learned he suffered from incurable lung disease.

Pratt was then put on the Gift of Life donor waitlist, and soon after got a call from Temple University Hospital that forever changed his life. As soon as Pratt recovered from the rare double-lung transplant procedure, Pratt started paying it forward, becoming an ambassador for the Gift of Life.

CEO and President of the Gift of Life Donor Program Howard M. Nathan say just one organ donation can save up to 8 lives and one tissue donor can save up to 100 lives. You can sign up to become an organ donor when you register or renew your driver's license or state I.D. You can also sign up on their website.

Transplant Coordinator Kimberlee Mander serves as an advocate for both donors and recipients. She tackles common myths and misconceptions that make people reluctant to register as a donor. Mander tells us "you can touch people that you may never see in ways that you'll never know, but you will be doing good."

This group of doctors administered 4,000 COVID-19 shots in one day 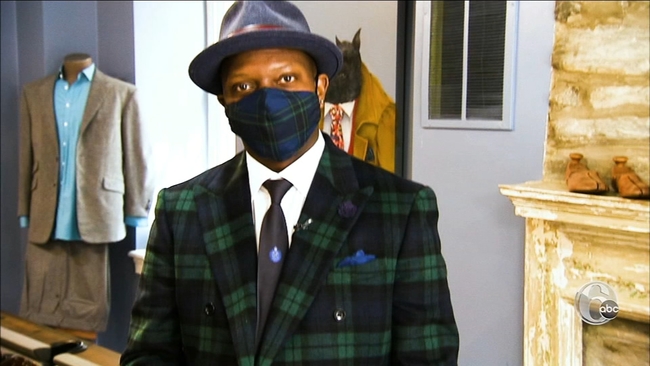 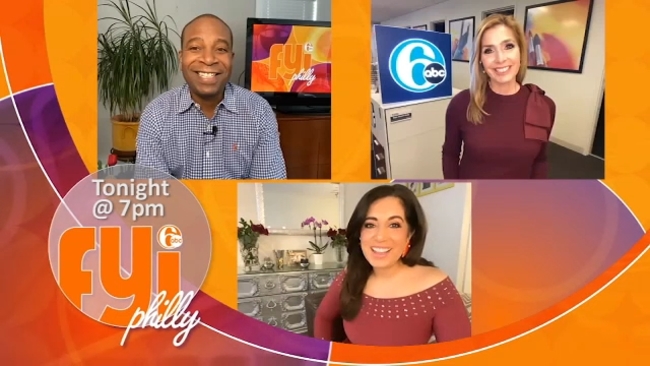