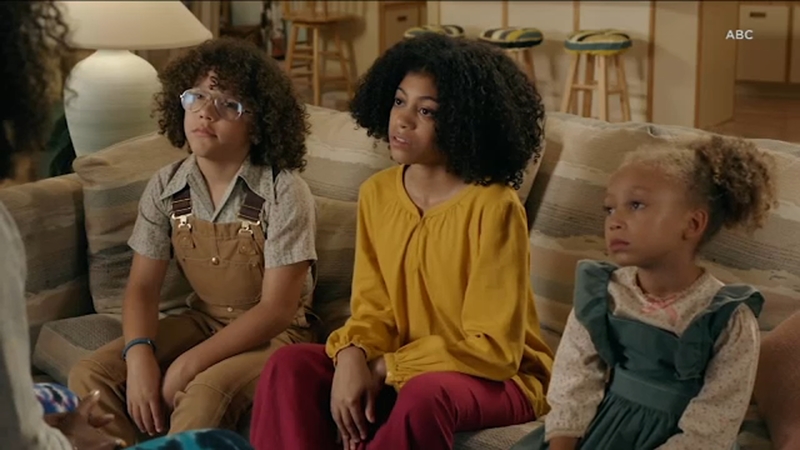 HOLLYWOOD, Calif. -- The new ABC sitcom "Mixed-ish" follows in the footsteps of the original comedy "Black-ish," and previous spin-off "Grown-ish," programs that seek to celebrate all of our differences.

"I think we are a collection of shows that tell stories about people you know, and that you are. So we are your family and you are our family," said "Black-ish" star Tracee Ellis Ross. She's also an executive producer on "Mixed-ish." "So we are just kind of dealing with the issues that all of us are dealing with. And I think '-Ish is really about where you come from and who you are, an identity, a culture, and everybody is steeped in dealing with all of that right now."

"The world would be boring if everyone's the same!" said "Mixed-ish" co-star Mykal Michelle Harris.

"Mixed-ish" takes us back to the 1980s and follows the eccentric childhood of Ross's character, Rainbow Johnson.

The cast got together for a party in Hollywood Tuesday night to embrace their inner "-Ish."

"We're all a little 'strange-ish'," said Arica Himmel who plays Rainbow. "We have that strange part of ourselves we haven't found yet. And it's a good thing."

"We're all a little 'kooky-ish' whether you admit it or not," Ross said.