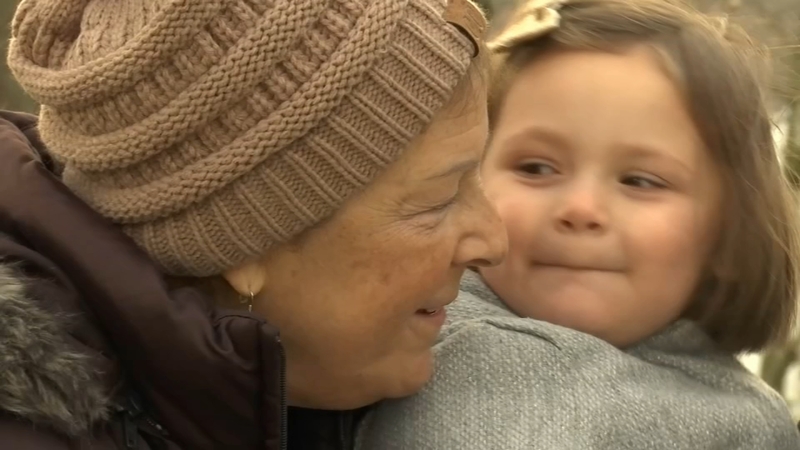 KING OF PRUSSIA, Pennsylvania (WPVI) -- Andrea Cohen, her daughter, and granddaughter are getting a photo session done in Valley Forge National Park.

Cohen has been fighting stage four breast cancer for a year. Through the ups and downs, her family says it can be hard to find a reason to smile.

That's where husband and wife photography duo, Dan and Britney Eppehimer come in. They're offering this session for free through their company, BlackLevel Photography.

"They are completely free and just a way to bless them," said Dan Eppehimer. The idea started with a Facebook post.

"When we first did it, we thought it would just maybe 5-10 families would reach out and we'd kind of go from there. And then it started getting more shares and more and more and it really just blew up."

Now, they have 90 families in line and are getting requests from Canada all the way to Florida. The couple says they're offering more than a free service because they have empathy.

"I think it's because what we experienced with my sister," said Eppehimer. "She was 25 and she was 38 weeks pregnant at the time we found out she had leukemia."

Days before that, they had done a maternity shoot with her. She passed away a few days later. Looking back, Eppehimer says those final photos are now priceless for his family, especially for his nephew.

"They did an emergency C-section," explained Eppehimer. "My nephew is great and he's a stinking wildflower. He's growing so much every day.

The photos can't erase the cancer, but at least for a moment, Eppehimer said they've given his family, and maybe even Cohen's too, a reason to smile.