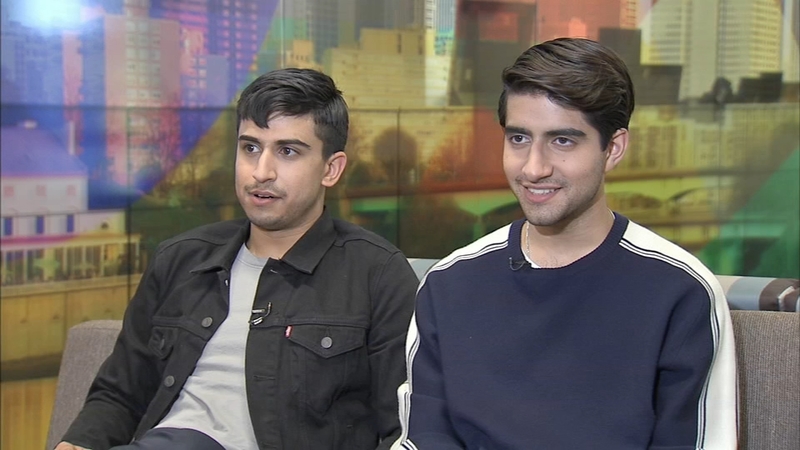 PHILADELPHIA (WPVI) -- "Blinded By The Light" is in theaters now. It's a love letter to the music of Bruce Springsteen and based on the true story of how his lyrics inspired generations of hopeless teens.

"The film is about a 16-year-old British Pakistani kid in 1987 living in a working class family with a bleak life because of his circumstances," explains actor Viveik Kalra, who plays the main character, Javed. "And then his life changes when his mate introduces him to the music of Bruce Springsteen."

The story was originally told by Sarfraz Manzoor in his memoir, "Greetings from Bury Park."

He says songs like "Thunder Road" spoke to him - particularly the closing line.

"It's a town full of losers and we are pulling out of here to win," he says with a smile. "So if you grow up in a dead-end town, that's going to mean something to you, isn't it?"

Manzoor teamed up with "Bend it like Beckham" director Gurinder Chadha to bring it to the big screen. They just needed The Boss' approval.

"We need his blessing, we need his music," Chadha explains. "Notoriously he doesn't give it to anyone. How were we going to do this?"

Cue a critical moment in 2010, when Manzoor and Chadha had a chance meeting with Springsteen on the red carpet for his film "The Promise."

"He came up to me and said, 'I read your book. I absolutely love it'," Manzoor says. "We screamed with delight."

Chadha says she knew she had mere seconds to seal the deal.

"He just looked at us and said, 'Sounds good. Talk to John.' And literally that's how the movie happened!"

And so, it was only fitting that the world premiere was in Bruce's hometown of Asbury Park, NJ. A supporter from day one, Springsteen and his wife Patti were there.
"It was absolutely nuts! I lost my mind!" says Kalra.

In true "Boss" style, Springsteen took the stage to celebrate all underdogs and their dreams.

"Because as Bruce says, 'No one wins unless we all win'," Chadha says. "And that's the truth!"