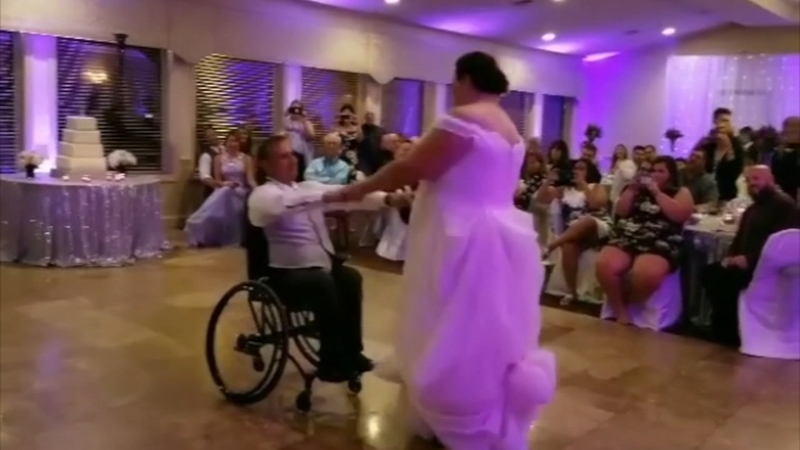 They are also emotional. One couple in Michigan started their new life together rising to a challenge that had family and friends rising to their feet in applause and tears.

It was a lifelong dream they never thought would be a reality.

"I was born with Spina Bifida," Steve Reicher told WXYZ-TV.

A spinal defect left Steve paralyzed from the knees down, but even as a kid he believed everything was possible.

"I played softball for many years, and I got into competitive swimming when I was a senior at DeLasalle," he said.

Eventually he became a swim coach - again he set the bar high.

And then he met Megan Spencer.

"And we met for the first time at a place in Ferndale and just laughed the entire time," she recalled.

That's when he set another impossible goal.

The Fred Astaire Dance Studio in Bloomfield Hills has an inclusive dance program funded and launched by the RIM Foundation, which held a Valentine's Day contest open to couples in which one partner uses a wheelchair. Megan and Steve applied and they won.

"Thank God we won and I think Megan is happy as well as I am to do this," said Steve.

"You know you kind of always dream of dancing at your wedding and I didn't really realize this was a possibility," added Megan.

Possible - but not easy.

"When I see the smile on their faces, I would love to come here everyday and help him," he said.

"It's a challenge but it's a lot of fun, especially because I get to do it with Steve so we laugh the entire time," said Megan.

After a couple of months of practice and a lot of hard work, the big day finally arrived.

"Nobody's ever seen it at a wedding so I think everybody is really excited for us," said Megan.

If you ask Steve was excites him most about this dance, he'll tell you it's also what excites him for the rest of his life.