Although autopsy results are pending, officials say the case is being investigated as a homicide.
WPVI
By Walter Perez and 6abc Digital Staff 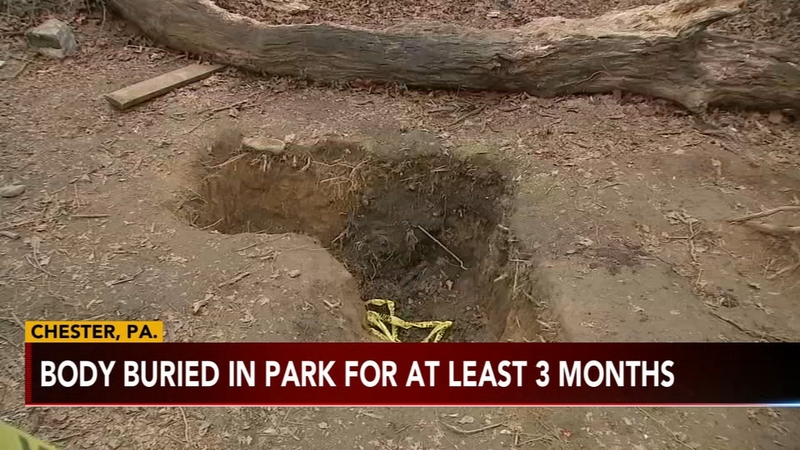 Officials: Body buried in Delco park for at least 3 months

CHESTER, Pennsylvania (WPVI) -- Investigators confirmed on Wednesday that a body was found buried in the outskirts of a Chester, Delaware County park.

The investigation started when Chester police received a tip about a body buried in a wooded area by Deshong Park.

The discovery was made next to an encampment where a homeless person was living in the woods.

Chester City Police Commissioner Steven Gretsky said the homeless man was a person of interest but has been cooperative with detectives and since has been released.

Now, investigators are very eager to learn the victim's identity.

"We are now at the next stage of the investigation to determine who this individual was and what happened," said Delaware County District Attorney Jack Stollsteimer.

Although autopsy results are pending, officials say the case is being investigated as a homicide.

Stollsteimer asked anyone from the area who knows of a missing person or loved one to share that information with authorities.