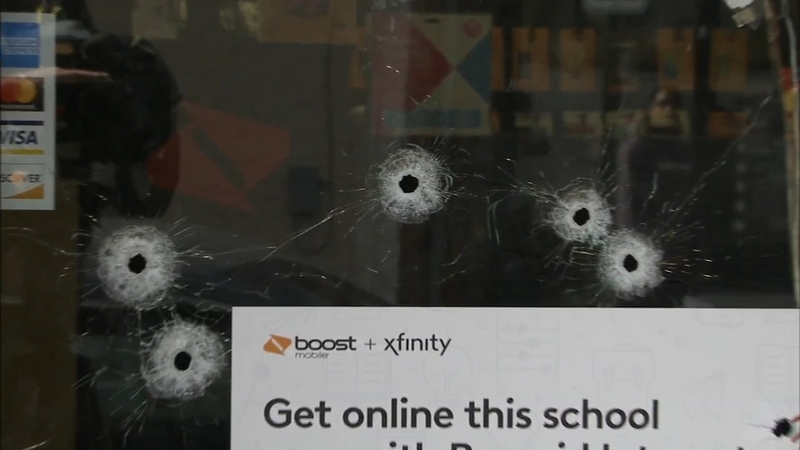 PHILADELPHIA (WPVI) -- Philadelphia police said a 20-year-old man is behind two bizarre robberies, including one in which he allegedly tried to shoot his way out of a store after being locked inside.

The first location was the Metro PCS store on 22nd Street near Somerset Street.

That's how Colon described Brown, who employees said enter the store with his face half-covered while flashing a gun.

Colon wasn't holding back how she felt after she said Brown made her empty the register and hand over the cash inside.

Employees there said even with cameras everywhere, Brown was making small talk, flirting and acting like an unorganized criminal.

They said, what he didn't know, was that those stores hardly ever carry a lot of cash.

"So it was just like, really a waste of time, like you just got in deep trouble for nothing," said Colon.

Employees said Brown took off with an IPhone 7 and passed over the newer model cell phones.

An hour later, around 5:30 Tuesday, police said Brown robbed the Boost Mobile at 5th and Somerset.

He pulled out a gun demanding money but an employee there told him the cash was outside, so Brown let the employee leave.

That's when the employee locked Brown inside the store.

Brown tried shooting his way out, but was trapped until police and SWAT rushed in and forced him to surrender.

There are now eight bullet holes in the front door of the store.

Employee Rosanel Castillo said she keeps thinking about how she left just before Brown got there.