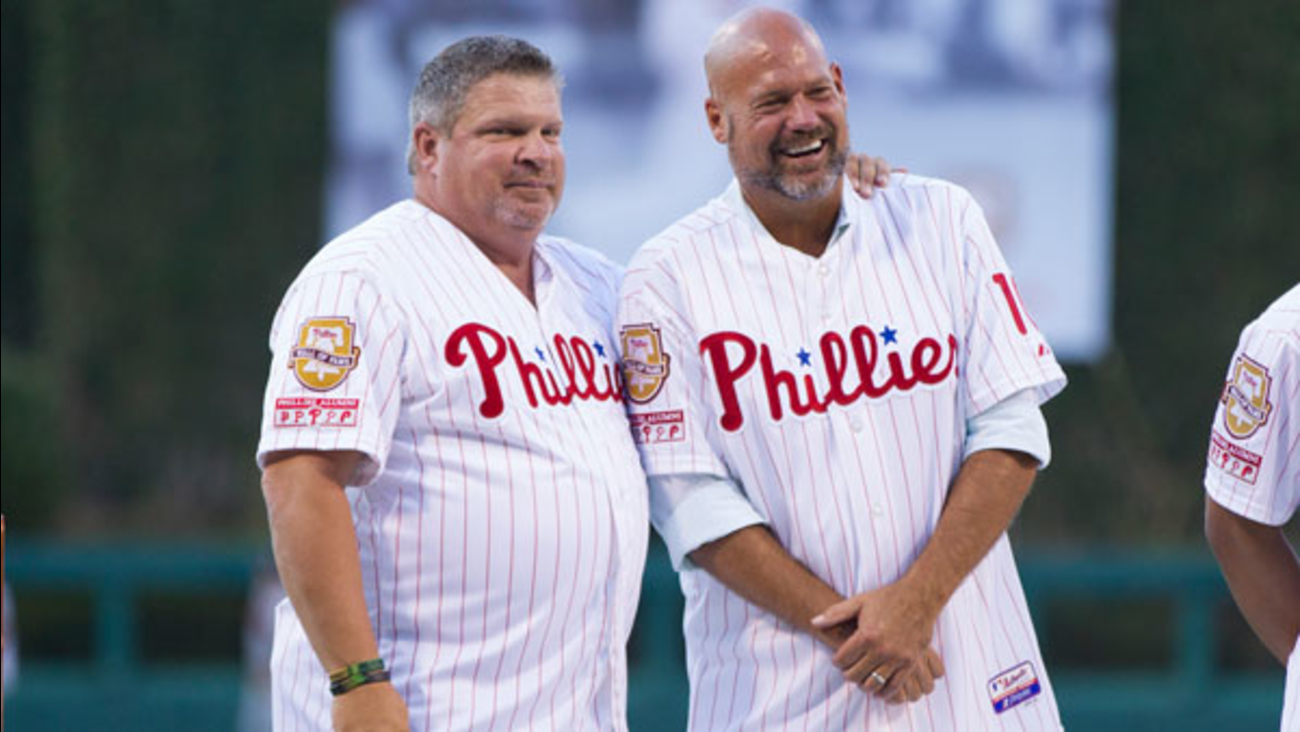 Please send out thoughts and prayers to my former teammate and dear friend @DarrenDaulton10 .

All three were members of the 1993 National League Championship team.

The Phillies and Brett Datto, the President of the Darren Daulton Foundation, released a joint statement Wednesday on the three-time All-Star's condition.

"Darren is struggling right now in his four-year battle with brain cancer, thus the reason his friends have posted messages on social media requesting prayers for Darren," the statement read.

Daulton was diagnosed with a glioblastoma, a form of brain cancer, in 2013.

In 2015, Daulton shared some good news with Action News when he was given a clean bill of health.

"When the doctor walks in and opens the door and starts smiling then everything is cool," said Daulton.