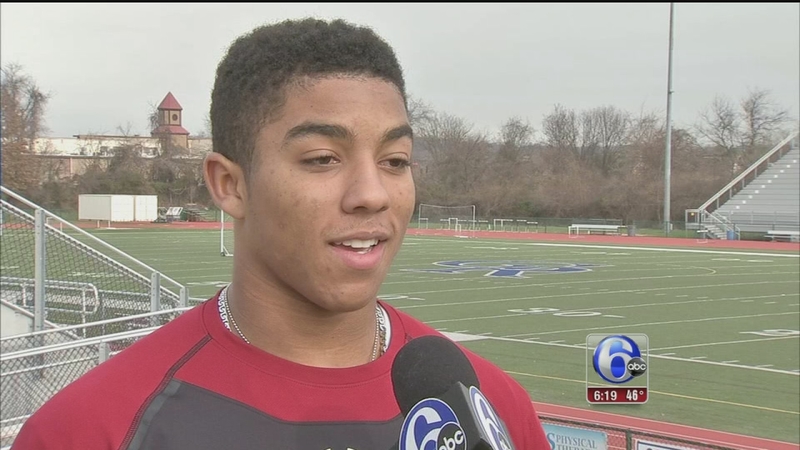 NEWTOWN, Pa. (WPVI) -- Brandon McIlwaine put up over 10,000 yards of offense and scored 124 touchdowns in his career at Council Rock North.

The 7th-ranked dual threat quarterback in the nation also happens to be the 16th-best high school baseball prospect in the nation.

In fact, its projected he'd go within the first three rounds of this June's Major League Draft which brings with it a hefty signing bonus in the "$1-million to $2-million range"

"It's kind of more than just the money for me. It was about my dream, my passion, and football is more of my passion," Brandon said.

And so he decided to sign with South Carolina to play both.

He'll start on Monday as a 17-year-old college freshman hoping to get a head start as the Gamecocks' potential starting quarterback and centerfielder.

"That's what's great about Brandon, his maturity level and how he handles all this is incredible. The decision for a 17-year-old kid to have to make at this level, it was a difficult one," Council Rock North Football Coach Adam Collachi said.

"I couldn't see myself giving up either sport," Brandon said.

So does he see himself as being the next Bo Jackson?

"That's the goal. I would really love to play professional football and professional baseball. Obviously, it's something very tough, but I'm going to work as hard as I can and if there's anyone who's going to do it, I think I can," Brandon said.