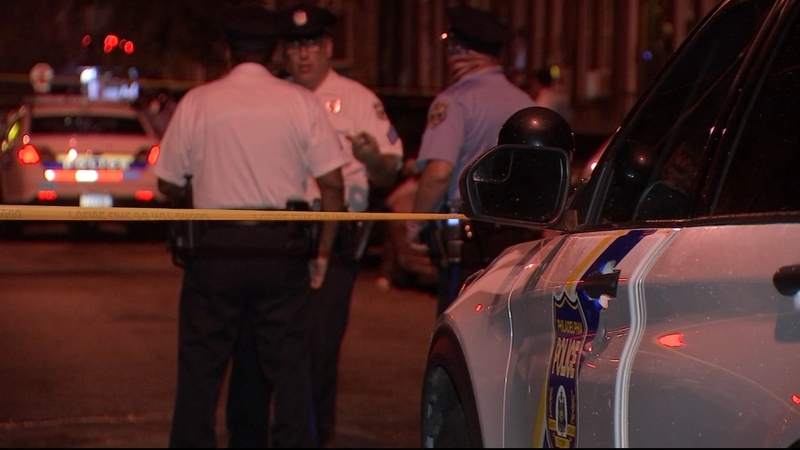 PHILADELPHIA (WPVI) -- A shooting in the Brewerytown section of Philadelphia has left a man and woman dead.

The fatal double shooting happened shortly after 11 p.m. Tuesday in the 1700 block of North 27th Street.

Police said they are searching for the accused the killer, but do know the suspect's identity.

A 31-year-old man was shot in the face. He collapsed on the sidewalk and medics pronounced him dead at the scene.

A 41-year-old woman was shot in the torso. She was taken to Temple University Hospital where she was pronounced dead.

"We're being told by several witnesses that a male fired the shots, killing both these individuals. We're also told that this male (suspect) was known to the female and possibly lives on this block," Philadelphia Chief Inspector Scott Small said.

At least two shots were fired from a semiautomatic weapon, police said.

Police have not publicly released the suspect's name.

Investigators were questioning several witnesses. They were also checking surveillance cameras to look for additional evidence.