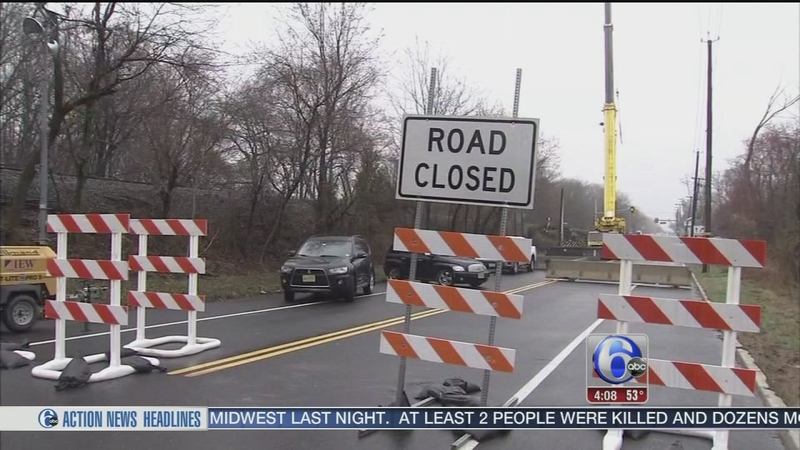 They say the construction along Marne Highway in Hainesport is keeping customers away.

The highway was closed down between Ark and Hainesport-Mount Laurel Road back on March 23rd. Merchants say the nearly three week closure is killing business.

Kelli Gadallah has owned Aziza's restaurant for 28 years. But, since Conrail began working on replacing a bridge over Mason Creek just down the block, business has dropped 40%.

"I didn't think it was going to be so bad because they have the little creek open, but people just aren't coming," she said. "If it wasn't for my regulars I would just lock the door."

Kelly's husband, Hisham, says huge trucks that hit the roadblock on Marne Highway have been turning around on their property, knocking down posts and tearing up the parking lot.

"I actually blocked it with cones and still the trucks go through the cones and they just crush the asphalt. Conrail is still doing business, they run the train every day and we are the ones who are suffering," Hisham said.

It's worse just up the road at the Country Farm convenience store and gas station, where they estimate 80% of their business has disappeared.

When asked if it was working, Lee said "No. Not really."

Business owners have complained to Burlington County freeholders, who have told them to document any damage to their property.

Conrail says it's not responsible for damage created by truck drivers who choose to ignore the "road closed" signs, the very signs that have turned the parking lot at Carollo's restaurant into a ghost town.

Normally it and the bar inside would be packed at lunchtime.

"A lot of us used to come down here all the time for lunch," said Tim Lox of Mt. Laurel. "Now, no. It's too hard to get here right now, so they go to other places around."

Conrail says the road is set to re-open late in the day on Monday and stay open for about a month.