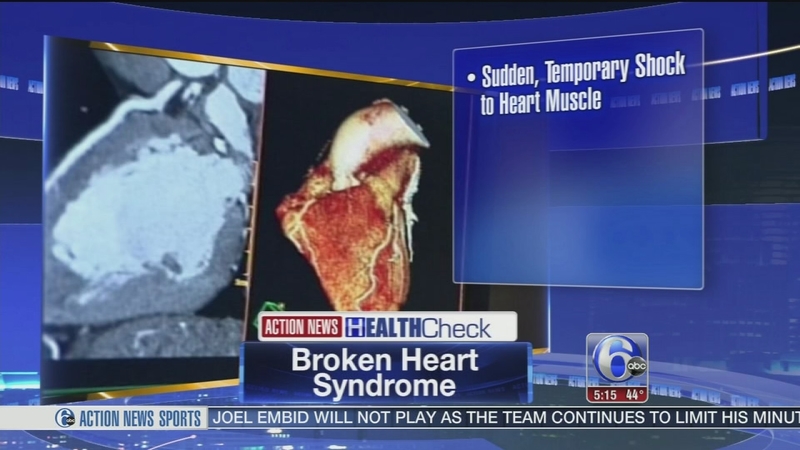 NEW YORK, N.Y. (WPVI) -- Many fans said the same thing after learning of the death of Debbie Reynolds.

"I just know that it was a broken heart," said one man in Los Angeles.

"It's like she almost wanted to be with her daughter," he continued.

No one doubts that Reynolds was in shock and grief over the sudden death of her 60-year-old daughter, Carrie Fisher.

Studies show it is real - a sudden, temporary shock to the heart muscle after a traumatic event.

It can strike even if you're healthy.

The biggest risk is in the first 30 days afterward.

The weakening of the muscle is often misdiagnosed as a heart attack.

However, broken heart syndrome won't cause a massive stroke, like Debbie Reynolds reportedly had.

But ABC's Dr. Jennifer Ashton says acute stress can lead to stroke and other dangers in an indirect way.

"The people who are touched by that person's illness or death then suffer their own process. They're not sleeping well, not eating well, become dehydrated, forget to take or improperly take their medications," says Dr. Ashton.

"And when you're talking about an elderly person, it can be a significant factor, precipitating something dangerous on top of this(grief)," she adds.

For the elderly, that can be a deadly decline.

So it's important to give a grieving loved one support after a loss, to keep their health on track.