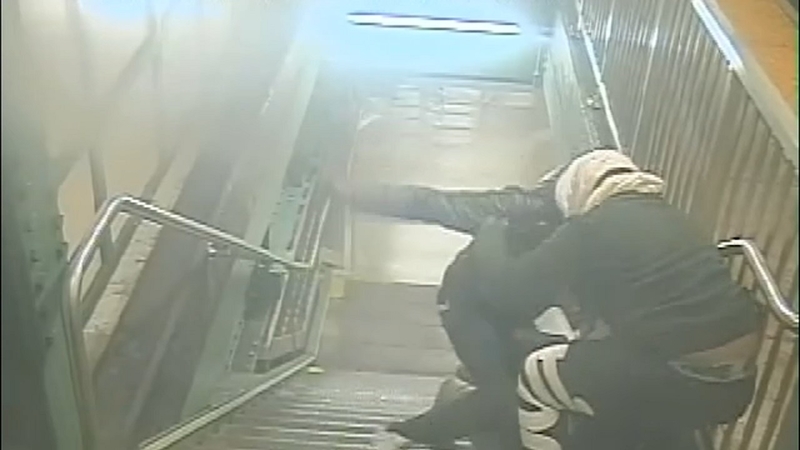 MIDWOOD, Brooklyn -- Police are looking for a pair of suspects after two female tourists from Israel were violently attacked and tasered at a subway stop in Brooklyn.

Authorities say the victims exited their train at the F stop in Midwood just after midnight Thursday when a male and a female believed to be teenagers set upon them, yanking one of them to the floor of a staircase, grabbing her purse and punching her again and again.

The attack went on for almost five minutes.

Police are looking for a pair of suspects after two tourists from Israel were violently attacked and tasered at a subway stop in Brooklyn.

The tourists were heading back to their apartment on their last night in New York at the time, and cameras captured the brutal assault.

At one point, a passerby walked up the stairs and past the attack in progress -- which briefly paused as he walked by -- but he did nothing to intervene as the victim sat on the stairs.

Police say one of the victims tried to chase the two robbers, one of whom shoved her away.

The suspects then fled the scene.

The victims' wallets and phones were stolen. They are now back in Israel.