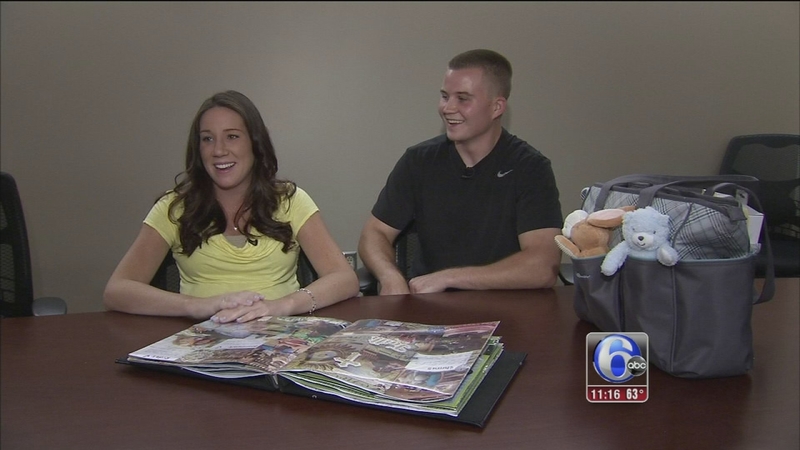 PHILADELPHIA (WPVI) -- A mom and dad from our area are helping their baby live its life to the fullest before it is even born.

High school sweethearts, Jenna and Dan Haley, were thrilled when they learned they were expecting their first child.

"Growing up with so many younger brothers, I couldn't wait to be a dad; I felt like a dad for most of my life, just to have my own would have been awesome," Dan said.

They've already picked out a name for their baby boy - Shane.

The pregnancy was going fine until the third month when the Drexel Hill pair was in a minor car accident.

No one was hurt, but they wanted to be sure Shane was ok, so they went to the doctor.

That's when they received news no one anticipated.

"I got a text from her saying 'call me.' I knew something was wrong," Dan said.

Shane had anencephaly, a serious birth defect in which a baby is born without parts of the brain and skull.

"I told him 'we're going to carry him but he's not going to make it,'" Jenna said.

Babies only live a few hours, maybe a few days, after birth.

The couple decided to go forward with their baby announcement as planned, posting a message on Facebook telling the world they were proud parents of a baby named Shane who only had months to live.

Then they decided to create a bucket list for their baby in order to make the most out of the time they have remaining with their unborn son.

"He's still our son. So while he's with us, let's show him all the love we can, let's do everything we can with him, let's make some memories with him because he's still our little boy," Dan said. 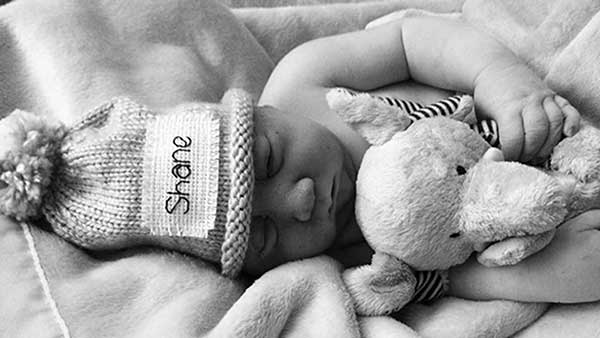 And so one by one - Flyers game, SpongeBob popsicles, cheesesteaks at Geno's, trip to New York - they crossed a to-do off their list.

All the while, Shane was the main attraction.

The couple's story began to spread like wildfire on social media and the support began to pour in for a couple dealing with a rare and heartbreaking medical reality.

"The other moms, we'd been in a support group, these are the people who helped us and hearing we're helping other people, it was nice. Every single day, I feel there's been a pick me up," Jenna said.

The couple feared no one would know who their son was, but Shane's story has inspired and touched people all around the world.

"Just to see the impact of Shane's life, even though he hasn't been born yet, he's obviously made his mark already on the world and that's pretty amazing. It's a miracle in itself," Dan said.

The couple has checked off everything on Shane's bucket list.

For more information on anencephaly, as well to learn about a study being conducted by Duke University to determine the causes of this neural tube defect, visit http://dmpi.duke.edu/anencephaly.