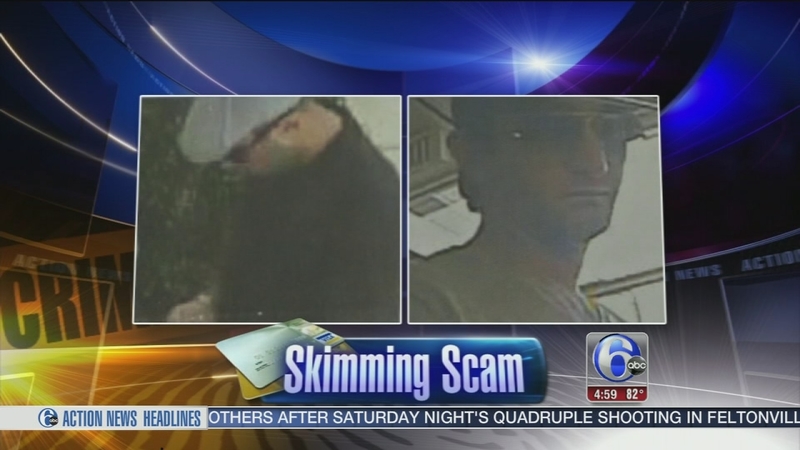 Now there is a push to find the suspects responsible before they are able to steal more cash.

Surveillance video shows a man allegedly going through a pile of cloned ATM cards and simply draining the bank accounts of people across the Delaware Valley.

It's believed that the man is one of two suspects behind an operation that has been going on for months, as they have silently made away with tens of thousands of dollars.

Pennsylvania State Police officials are urging people in southern Bucks County and Northeast Philadelphia in particular to keep an eye on your bank accounts for unauthorized withdrawals.

Investigators say they believe the thieves are somehow getting away with not only putting skimmers on ATMs but also mounting tiny video cameras nearby.

The skimmer reads and records the account number from the ATM card and the camera records the unsuspecting customer punching in their PIN.

Police say they then program stolen cars with magnetic strips by erasing the stolen card's information and then programming them with the skimmed account numbers.