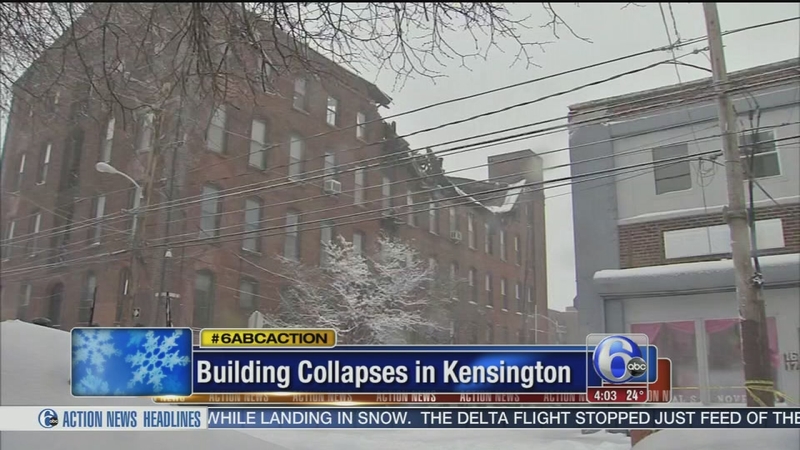 The collapse was reported just after 2:00 on Turner Street, just off of Hancock Street.

The roof of the old five-story industrial building gave way, collapsing onto the floor below and spilling bricks and other debris down onto the street.

Executive Fire Chief Clifford Gilliam says firefighters removed one person from the third floor, but no one was injured.

The building is owned by a community development corporation in Kensington, and it was being used as offices and art studios. It was also being renovated.

The Department of Licenses & Inspections will work to determine the cause of the collapse.

It's believed that the snow and ice may have played some role, although the ongoing construction may have also been a factor.