Building it Better Together: Challenges facing mass transit. Sharrie Williams has more on Action News at 6 p.m. on May 1, 2019.

PHILADELPHIA (WPVI) -- The goal of mass transit is to get the most people from point A to point B in the most efficient way. In the Philadelphia region, that heavy-lifting falls on SEPTA. The agency is the major transit provider for the city and the surrounding counties. It's an area that four million people call home.

Commuters have mixed feeling about how well the system is functioning. One rider, Thomas Cronin from Bala Cynwyd, has a commute that sounds complicated. "I use both the train and both buses. Well, actually there are four buses," he said. But Cronin adds that the buses are easy and fast.

Not everyone agrees with that. Sinclair Mills from Germantown said getting to work is hectic. She said "sometimes it can get overwhelming," especially when buses are late.

The general manager of SEPTA, Jeff Knueppel, is tasked with leading and improving the agency. When it comes to commutes, he is reminding everyone that the trains and buses are safe.

"It is 10 times safer to travel on public transit than to be in your car," said Knueppel. He points out that SEPTA has Positive Train Control, or PTC.

"We beat the government deadline for that. Our customers are protected by a higher level of signal system now," he said. The U.S. Department of Transportation mandated that PTC systems be fully implemented by December 31, 2018.

SEPTA is the sixth busiest transit agency in the United States, carrying one million trips on an average weekday. Data from a transportation survey called "Walk Score" details the 10 most transit-friendly cities. Philadelphia falls in the middle at number five with a transit score of 67 out of 100. It's a decent score but it trails Washington, D.C. and New York City.

A majority, 60 percent, of SEPTA's customers rely on buses, and yet ridership there is down dramatically. Part of that can be blamed on ride sharing's rise in popularity.

"Private car use is up and that's problematic for getting SEPTA to where it needs to go," said activist Dena Driscoll.

She works with "5th Square," which is a political action committee based in Philadelphia. The group focuses on mobility issues in the city.

Kneuppel agrees with Driscoll. He admitted, "There's no doubt Uber and Lyft has had an impact on ridership."

The challenge is to make mass transit appealing enough to win back riders.

In contrast to buses, rail use is up for many service lines. But even with increased numbers, there is plenty of room for improvement.

Angelyn Mapp starts her morning commute in Montgomery County. She wakes up and gets her children ready for school before heading to work. A typical day for Mapp means she needs to get from her home in Jenkintown to the Manayunk section of Philadelphia, where she works as a hair stylist. Some days are harder than others because she relies on mass transit, specifically regional rail lines. While sitting at the Jenkintown-Wyncote station, she said "changing trains from here to get to Manayunk can be a struggle. If I don't catch that 9:52 a.m, that next train leaving from Temple is at 10:52 a.m. and then every hour after that. That's really the frustration. They need to maybe have more frequent trains running throughout the day."

If the train is late and she misses her connection at the Temple University Station.

Mapp has to rely on "Plan B." That means she goes from the Regional Rail line to the subway and then catches two buses. While sitting on a crowded train, she wondered aloud "is it convenient or inconvenient?"

"Some regional rail lines are running once an hour and that's not enough. People can't plan their lives around once an hour. They need flexibility," said Driscoll. She is an activist but Driscoll also relies on SEPTA every day. She considers herself lucky to live in South Philadelphia near the Broad Street Line and the 45 bus route. 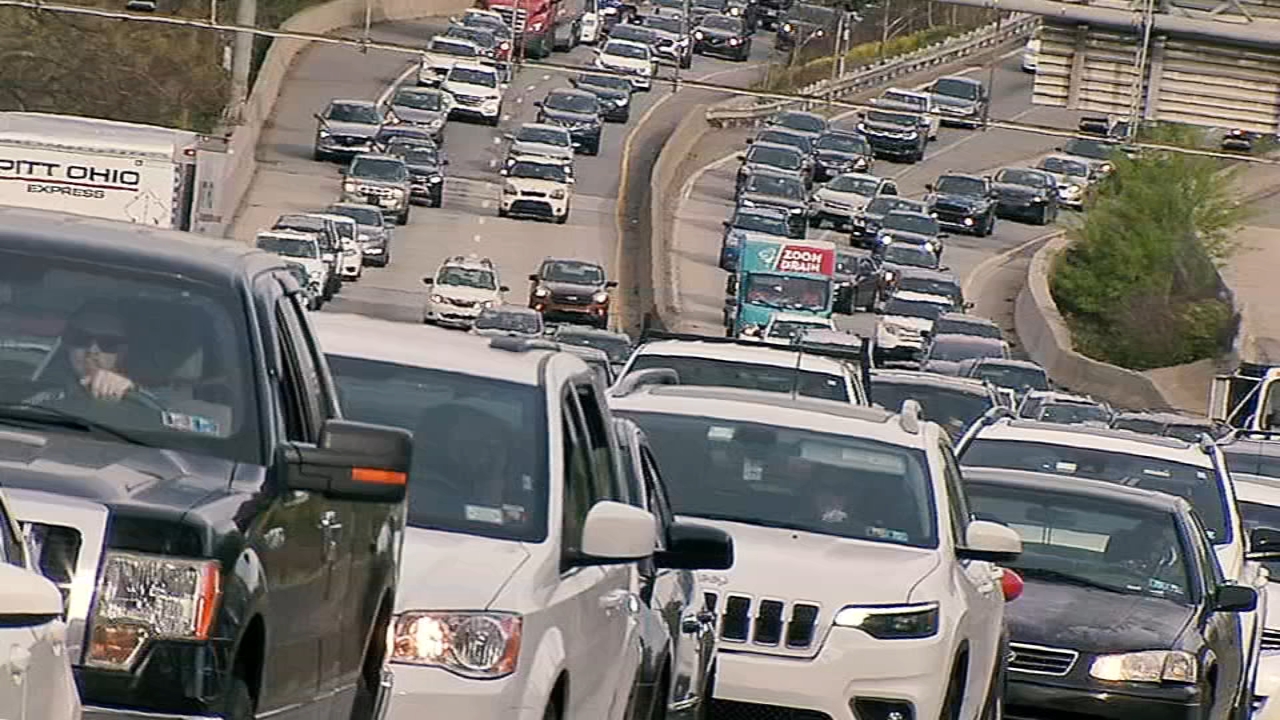 "We haven't added any track really and yet we have 50 percent more riders," said Knueppel.

He went on to discuss the King of Prussia area.

"There are 65,000 jobs there. Third largest employer in the region and no rail transit," he said.

As for Angelyn Mapp, she made it to work smoothly the day Action News was with her, which came as a relief. Since she is a hair stylist, she does everything she can to ensure her clients never have to wait on her. Even if that means leaving home extra early.

As she set up for hours of cutting, coloring, and styling at Artur Kirsh Salon, Mapp said "from train to chair" and laughed. She then got straight to working on her first client.

Tomorrow, she will do the trip all over again. So will hundreds of thousands of other commuters who use mass transit, whether they like it or not.