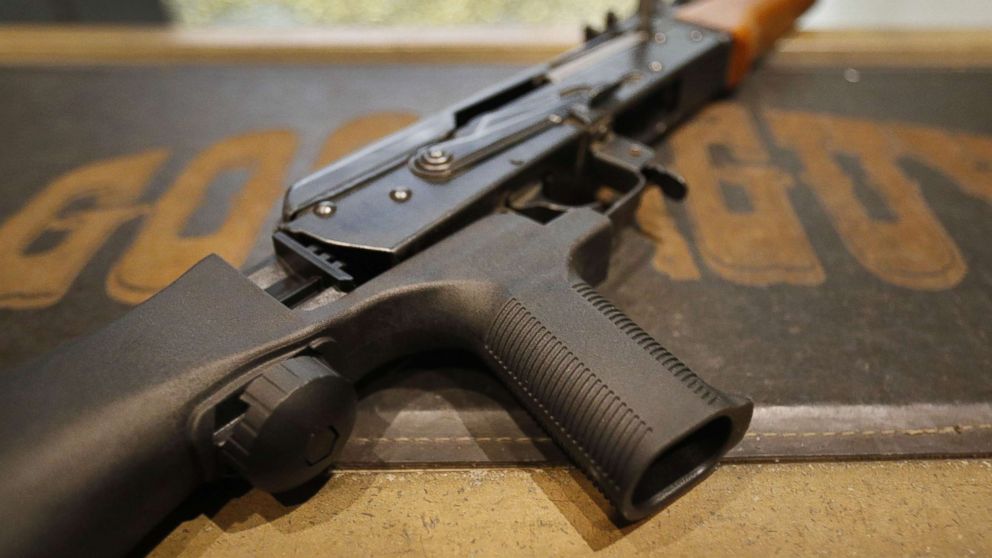 Bump stocks, devices which according to the Bureau of Alcohol, Tobacco, Firearms and Explosives, allow a semiautomatic firearm to shoot more than one shot with a single pull of the trigger, will be banned in the United States starting Tuesday, despite an emergency request by gun owners to temporarily stop the Trump administration's ban while cases challenging the ban are on appeal.

In December 2018, the Justice Department issued a ruling that banned bump stocks after President Donald Trump had earlier issued guidance to former Attorney General Jeff Sessions to "dedicate all available resources to ... propose for notice and comment a rule banning all devices that turn legal weapons into machine guns."

"We are faithfully following President Trump's leadership by making clear that bump stocks, which turn semiautomatics into machine guns, are illegal, and we will continue to take illegal guns off of our streets," then-acting Attorney General Matt Whitaker said in December.

The ban, which took effect at midnight, makes possession of a bump stock a felony, subject to up to 10 years in prison and a $250,000 fine.

Late Monday, the Supreme Court was considering an emergency request from Gun Owners of America, Gun Owners Foundation and the Virginia Citizens Defense League, to stay the ban on bump stocks while cases challenging the ban are appealed.

The ban means more than 500,000 Americans who previously purchased a bump stock are required to turn it in or destroy it, the groups said.

The gun-advocacy groups allege that the Trump Justice Department has "created a new crime ... out of whole cloth," violating the separation of powers. They also indicate that an 85-year-old ban on machine guns is unambiguous and that the law does not apply to the bump stock devices.

The bump stock ban was most recently challenged in a federal court in Utah.

U.S. District Judge Jill Parrish ruled that Clark Aposhian's attempt to get an injunction granted, placing the ban on hold until his lawsuit has concluded, was denied because he did not show "a substantial likelihood of success," the judge said according to the Salt Lake Tribune.

The president called for the ban after a shooter using a bump stock on a rifle killed 58 people and wounded hundreds of others at an Oct. 2017 music festival in Las Vegas.