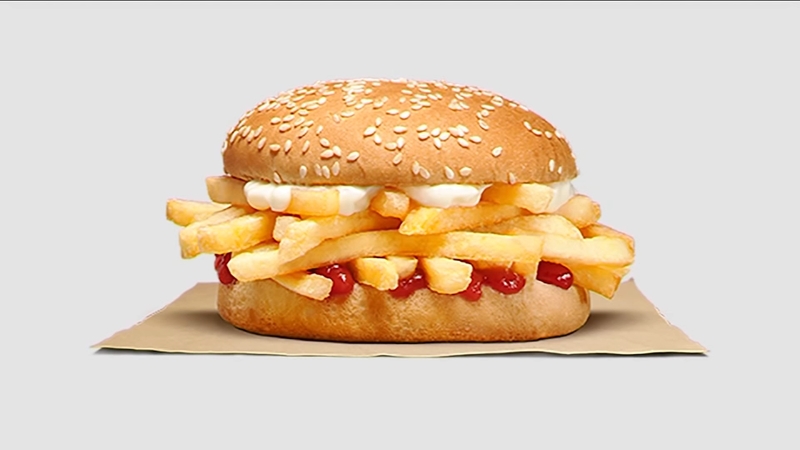 NEW ZEALAND -- If you like french fries, you're going to love this.

It doesn't have a patty, but it has plenty of fries in between two buns, along with mayonnaise and ketchup.

They're calling it the "Chip Butty" and it's only available in New Zealand right now.

It's unclear if it will make its way to other markets in the future.

Wendy's wasted little time taking a dig at Burger King, tweeting, "When literally anything would be better on a bun than their beef."