Body on fire found under I-76 in South Philadelphia 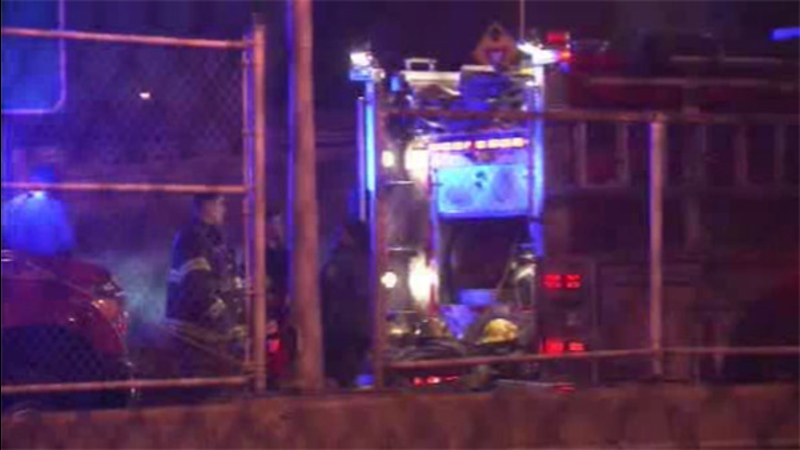 VIDEO: Body on fire found under I-76 in South Philadelphia

It happened around 2:30 a.m. Thursday on the 2500 block of West Passyunk Avenue.

Crews arrived and quickly began extinguishing flames, and realized it was a body on fire.

The body was found on top of an embankment lying on a mattress, and burned beyond recognition.

Crews were unable to tell if the body was a male or female because the fire was so intense.

A K-9 officer was brought in to determine if an accelerant was used to start the fire.

Investigators also want to know what type of trauma the body suffered after being fully engulfed in flames.

Police say where the body was found, is a place where homeless people frequent.

The fire marshal, medical examiner and ATF officials are on the scene.

It's unclear if the fire was intentional or accidental.